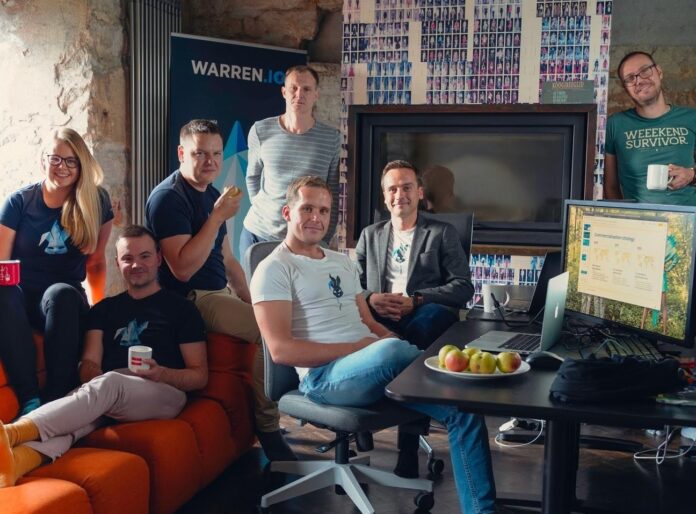 Today Estonian startup Warren is announcing that it has closed a seed round of around €1.2 million led by London-based early-stage venture capital fund, Passion Capital.

Established initially as a side project, Warren was incorporated in 2016 out of a need for a platform to manage e-commerce projects across different local data centres and host providers more efficiently. Discussions with these providers led to the development of a complete feature-rich platform, packaged as a service that manages everything between the hardware and the end-users.

With the aggressive expansion of global tech giants like Amazon, Microsoft, IBM, and Google, Warren is empowering local cloud infrastructure providers to compete with the cloud monopolies. The company has an ambitious vision of connecting independent local infrastructure service providers into a unique network to deliver a global unified cloud experience.

The platform is built specifically with the future network in mind. The network will enable local cloud providers to accommodate clients with international reach through automatically cross-selling resources. The end-user can consume all underlying infrastructure through a single API and user interface.

Passion Capital led the funding round, which also includes early-stage fund Lemonade Stand and notable tech industry angels, such as Nokia’s former Vice President Paul Melin and Marek Kiisa, the co-founder of VC funds Superangel and Nordic Ninja. Giuliano Sison of Passion Capital said, “We’re thrilled to be partnering with Warren in order to enable local cloud providers to offer best in class provisioning and service reliability to their customers. This market continues to grow at a phenomenal rate and Warren is perfectly positioned to serve that at great scale.”

Staffed by talent from Playtech, Kühne + Nagel, and Telia, Warren is committed to fast growth. Earlier this year, Twilio’s former CTO and the man behind Skype’s US expansion, Ott Kaukver joined the team as an adviser to help build a highly scalable product, capitalizing on his extensive experience in building billion-dollar companies.

The company works today with local data centres and IaaS providers in Europe and Southeast Asia, and has recently expanded its reach to South America as well. The new funds will be used for further developing the scaling capabilities of the platform to support larger deployments, automate expansion of each location, and onboarding more service providers in even more markets.