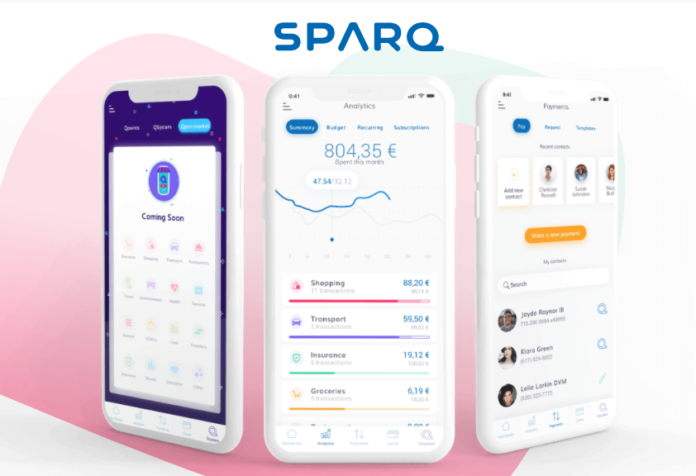 The Estonian fintech startup SPARQ, which promises to change how we manage personal finances, has secured financial backing of €450K from the Baltic International Bank, taking the total funding to over €500K.

SPARQ was founded in 2019 and this second round of seed funding will be used to develop the startup’s “Early Access Stage”, which will feature the development of the SPARQ dashboard. This element might become a prominent feature of the SPARQ app, allowing users to plan their financial life and easily get an overview of their financial health, by analysing their daily spendings, monthly fixed bills, and planned savings.

SPARQ’s mantra is to remove the vagueness around banking, helping millennials to take control of their finances in a gamified way. The app promises to deliver a wholesome approach to personal finances, including ways to earn “Q Points” SPARQ’s own virtual currency that will work in the same way as a loyalty points scheme.

The fresh capital will also help SPARQ to scale up their marketing efforts to get more early adopters on board.

Sparq CEO Danila Belokons commented on the latest round of funding, saying: “Now Sparq has enough funds to realize our idea in full. The funds will be invested into two main directions – development of product and marketing. Since our project is the combination of existing and innovative fintech solutions, for example, our Sparq dashboard, a huge focus is placed on UX development. Of course, it is very important to create an effective marketing campaign, that will be able to transfer the idea of Sparq and our current plans simply and engagingly.”

Sparq has already released its early adopter pack and has seen a huge growth in new users to the platform, despite it being in the very early stages of development.