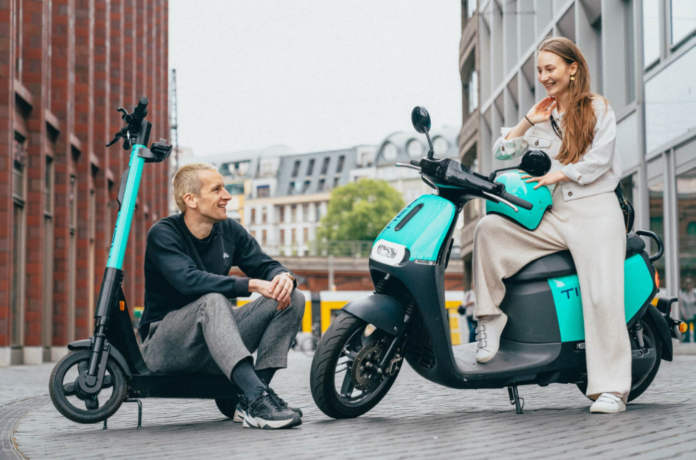 TIER Mobility, a leading European provider of micro-mobility solutions, has just hired two senior figures in the ride-sharing and e-mobility sector as it gears up for its UK launch – Fred Jones as General Manager UK, and Benjamin Bell as Head of Public Policy for Northern Europe.

Launched in 2018, TIER is a leading European provider of micro-mobility solutions and has already captured over 20% of global market share in its core business of e-scooters. The young company is headquartered in Berlin and operates in over 60 cities across nine countries and has more than 40,000 scooters deployed. According to TIER, they are the first fully climate neutral provider in the micro-mobility sector and its e-scooters are renowned for their safety-first design, with bigger front wheels, wider foot plates and a double-kick stand. In total, TIER already raised over €100 million in venture capital. We previously reported about their Series B funding in Q4 of 2019.

The two senior hires for the UK expansion, Jones and Bell, both previously worked at Uber and come with a decade of high-level experience in the fast-growing e-mobility sector. The hires come at a landmark moment and both are set to play integral roles in the company’s plan to bring its market-leading e-scooters to cities across the UK, following the Department for Transport’s move to fast-track trials in the wake of Covid-19.

As General Manager UK, Jones will oversee the roll-out of TIER e-scooters in UK towns and cities, helping to establish the company as the leading provider in the UK. He joins TIER having spent five years in several top positions at Uber, most recently as General Manager of UK and Ireland.

As Head of Public Policy for Northern Europe, Bell will spearhead the company’s collaboration with central and local government in the run-up to trials, and oversee engagement with other public bodies and partners. Like Jones, Bell joins from Uber UKI’s leadership team, having spent over four years at the business, most recently heading up public policy across Uber and Jump nationally.

Lawrence Leuschner, the CEO and Co-founder of TIER Mobility stated: “Fred and Ben are already leaders in the e-mobility world and, as we expand across Europe, their years of experience at a hugely successful fast growth business will be invaluable. We are very happy to have both of them on board as we look to establish ourselves as the leading UK provider of e-scooters.”

Fred Jones, TIER’s new General Manager UK, commented: “We are very much at the dawn of a new era and I believe that the introduction of e-scooters will have a profoundly positive impact on our towns and cities for decades to come. To this end, I couldn’t be more excited to join TIER as the company prepares to roll out its unique e-scooter model, which is unrivalled when it comes to safety, sustainability and user experience.”