Qarnot raises €6 million to heat buildings for free with computers 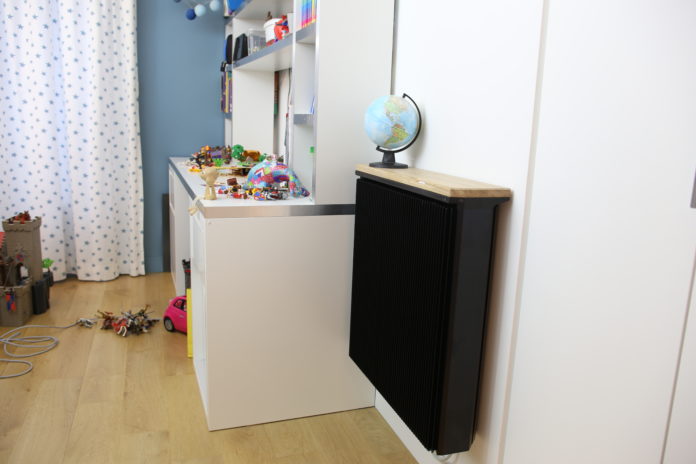 Qarnot, founded in 2010, is one of the first companies to offer climate-conscious, high performance cloud computing. Qarnot sells its cloud computing capacity and uses the wasted heat generated from its computer servers to heat buildings and water sustainably. Data centres (which are mostly owned by ‘Big Tech’ companies) consumed about 3% of the world’s total energy supply in 2018, equivalent to the global airline industry. Demand for computing capacity is growing at a double digit rate even as it contributes to climate change.

This recent funding follows a period of intense product development and sales activity for Qarnot, resulting in the team doubling it’s turnover for the past two years. In 2018 and 2019, Qarnot significantly accelerated its R&D activity and ambitions for tackling climate change. Recent achievements include being the only cloud computing provider to serve the three major French banks: BNP Paribas, Société Générale, and Natixis. The team has also been accelerating its footprint in the 3D animation market, signing a contract with Illumination Mac Guff (Universal Pictures). Furthermore, across France, nearly 1,000 social housing units are heated by Qarnot, and more specifically, in Bordeaux, Qarnot’s technology is being used to heat an entire building using heat generated by computers – a world first.

The €6 million investment will enable Qarnot to become the European leader in high performance computing (HPC). Qarnot can continue to accelerate the growth and diversification of its customer base, build its in-house R&D, and carry out an ambitious recruitment plan, with a particular focus on IT and commercial roles.

Paul Benoit, President of Qarnot Computing, comments on this recent milestone: “This fundraising will enable us to take another step forward and accelerate our growth around our range of products and services that are already recognised and in-demand. Our new investors share Qarnot’s vision, focusing on the highly strategic sectors of high-performance computing and energy efficiency in buildings. We look forward to working together, with the same values and the same desire!“

Othmane Zrikem, Chief Data Officer, A/O PropTech said: “Qarnot uses energy to run high performance computing (HPC) while leveraging the heat generated by microchips to heat residential units and sanitized water in commercial buildings. It reduces the CO2 footprint of computer servers by 78% compared to traditional data centre solutions. As the need for HPC continues to grow in many industries (banking, pharmaceutical, 3D animation, etc) the market for Qarnot will grow substantially in Europe. At A/O PropTech, we are looking to invest in companies that intersect climate-tech and proptech. In other words, companies enabling the decarbonisation of the real estate industry, of which Qarnot is an excellent example.”

Antoine Sire, Director of the Company Engagement Department and Member of the Executive Committee, BNP Paribas, commented: “Qarnot first seduced us with this revolutionary idea, which reconciles technology and ecology. Then, they quickly established themselves as one of the pillars of the French cloud, thanks to their seriousness, their technological lead and the quality of their work. We are proud to have built partnerships with them that have a strong environmental and social impact.”

Share
Facebook
Twitter
WhatsApp
Linkedin
Previous article
Boks raises €1.2 million so you can receive packages even when you’re not at home
Next article
“The brands that can establish ‘customer friendships’ will thrive”: Interview with Dixa’s founder Mads