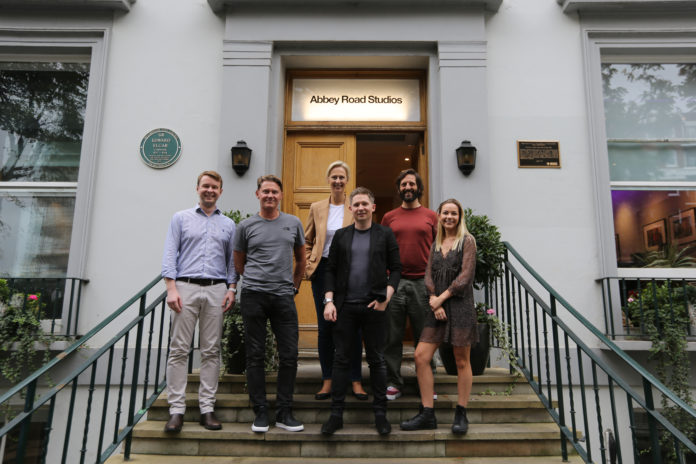 UK startup Audoo, the technology startup aiming to revolutionise music royalty distribution, today announced it has eclipsed its latest funding target by raising €1.7 million and in June 2020 is set to move its office location to Tileyard London, its newest investor.

Tileyard London is an innovative hub for creatives in the city and houses the biggest independent music community in Europe. Located in King’s Cross, it has over 70 state-of-the-art music studios and more than 75 creative office spaces. Audoo’s new neighbours will include Beats 1 Radio, Pretty Green, Hipgnosis and Noel Gallagher’s personal studio.

Tileyard London also offers postgraduate and professional education courses for those interested in kickstarting their career in the music industry. One of the key modules are headed up by Cliff Fluet, who has worked with the Tileyard ecosystem since its infancy, has also become the latest edition to Audoo’s noteworthy advisory board.

Much like Audoo, Tileyard London aims to empower creatives by educating them on the different areas of the creative industries, from production to publishing. With Audoo, creatives can make informed decisions by having clear insight into where their music is being played and get paid fairly.

Founded in 2018 by Ryan Edwards after discovering that he had not been compensated for a song that he’d written which was broadcast in a popular department store, Audoo has created a technological solution for millions of other creatives who have experienced similar circumstances.

With other backers including established music business heavyweights like Chris Herbert (acclaimed talent manager behind groups such as the Spice Girls and 5IVE) and Nigel Elderton (PRS for Music Chairman), Audoo is working closely with Performance Rights Organisations (PROs) to streamline data-entry processes and royalty distribution by creating a Audio Meter to be installed in commercial spaces such as bars, gyms and retail locations.

Nick Keynes, Tileyard London Founder, stated: “What Audoo are creating finally offers true and fair insight across the music industry. Like Ryan, I was a musician and have experienced the challenges of hearing my work in public areas without compensation. We’re proud to have invested in such an entrepreneurial business, and cannot wait to have the team here at Tileyard within our thriving creative community.”

Ryan Edwards, Audoo Founder and CEO, stated: “We’re excited to have received investment from the team at Tileyard and to become a part of the most exciting music hub in Europe. Our mission to create a more transparent music industry will not be easy, but with incredible backers like Tileyard, it’s helps accelerate our vision”.