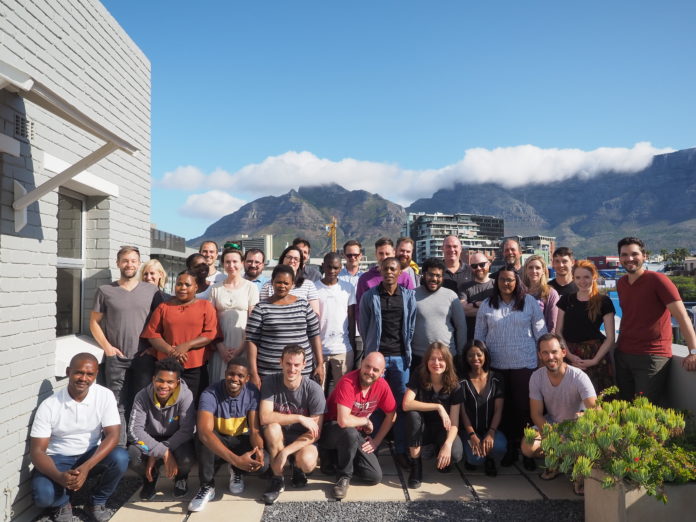 WhereIsMyTransport, founded in 2015, is a big data platform for sustainable mobility in emerging markets, empowering people everywhere to get where they want to go. It is mapping the emerging world’s public transport networks, to become the de facto source of information for governments and service providers to improve transport services for hundreds of millions of people worldwide.

Mobility is a fundamental driver of social, political, and economic growth. In the majority world, it remains a critical stumbling block for billions of people living without reliable access to formal public transport services. They depend instead on vast, informally-run transport networks that often operate in unsafe areas. The absence of information about these services makes them unreliable and unpredictable. WhereIsMyTransport is on a mission to change that, using data and technology to develop solutions to this problem so that everyone in these markets has the basic freedom of movement they need to be able to improve their circumstances.

The startup first began its work in Africa, before expanding into India, Southeast Asia, and Latin America in 2018. These fresh funds will enable WhereIsMyTransport to further extend its global reach, scaling its data-collection practice, and developing new technology to translate complex data into useful information for commuters in the world’s fastest-growing low- and middle-income cities.

“We are pleased to have the opportunity to invest in WhereIsMyTransport’s Series A funding,” says Mr. Masato Yamanami, Automotive Division’s CEO of Toyota Tsusho Corporation. “Our division’s global network, that covers 146 countries, is primarily focused on new emerging countries where people rely on informal public transport. Through strategic collaboration with WhereIsMyTransport, we will develop better and more efficient mobility services that help to resolve social challenges and contribute to the overall economic development of nations, primarily emerging nations.”

With more than 750,000 km of routes in 39 cities, WhereIsMyTransport has more mobility data in emerging markets than any other organisation. The company’s integrated mobility hub translates formal and informal public transport data into information for citizens, governments, and third parties.

Janade Du Plessis, Head of Alternative Investments and Venture Capital at Nedbank added: “Nedbank CIB is at the forefront of investing in disruptive technologies that are able to make a meaningful difference to people’s lives – including smart city initiatives that leverages Nedbank’s strategy of financing our infrastructure, transport and logistics clients. WhereIsMyTransport is a leading provider of sustainable transit solutions in complex urban environments. Our investment will support the company’s expansion into key African regions, and we will use our network and our influence on the continent to unlock new corporate partnerships.“