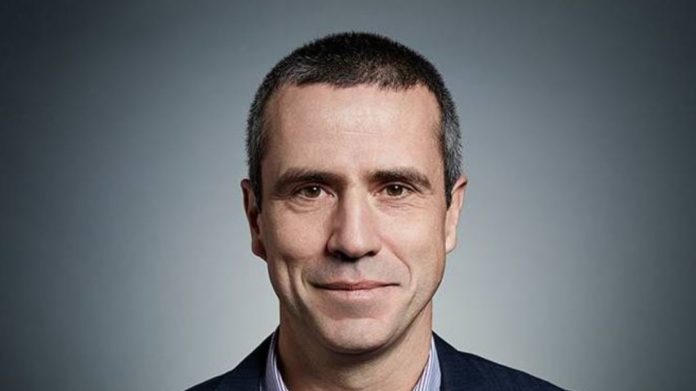 Berlin-based Earlybird is a venture capital investor focused on European technology companies. Founded in 1997, Earlybird invests in all growth and development phases of a company. With over €1 billion under management, seven IPOs and 24 trade sales, Earlybird is one of the most successful venture capital firms in Europe. Earlybird manages different funds with focuses on digital technologies in Eastern and Western Europe as well as health technologies.

So far, Earlybird had two funds for the CEE region & Turkey. Digital East Fund I (DEF1) started investing in 2014 and continues to support its current portfolio companies. In summer 2019, Earlybird launched Digital East Fund II which is run by the same team, investing in the same geographic region. We spoke with Dan Lupu who manages eastern European investments from Romania.

What is your background, and how did you come to be a partner at Earlybird?

I studied Computer Science in high school and university, but never worked as a programmer. Immediately after graduation I started working as an equity research analyst, covering a variety of industries in Romania. Eventually, after completing my MBA, I moved into private equity. In 2007 I joined Intel Capital covering South Eastern Europe out of Bucharest. I became a partner with Earlybird in 2012.

First and foremost I am product/technology guy, so I am always looking to understand the use case, how the product solves the problem and how it fits within the technology stack/ecosystem of a given industry. It is as important to be able to form a bond with the entrepreneur and team. This goes beyond communication – to business and work ethics, drive and determination. I look for people with grit.

At what stage does Earlybird invest?

We invest across different stages, starting with seed rounds, but our more typical first checks come in at Series A. We take a complete view of the entire funding cycle and reserve significant part of our funds so as to be able to continue to invest in future rounds.

What sectors you are focused on, and some of the trends you are seeing within them?
I mostly invest in B2B software, though there are some exceptions (B2C, hardware). We are generalists as the markets in the region are not deep enough to focus on certain sectors. While challenging, the diversity of opportunities keeps us sharp.

Do you see big differences in quality and price of early stage companies across Europe?

I think that there are significant differences in terms of the funding available in different parts of Europe. Our region (CEE) has much less capital available, especially after Series A, which makes it challenging sometime to fund even good companies. For the companies, the relative lack of capital is reflected in the valuation and size of the rounds raised; for funds such as ours, it means that we have to limit the number of investments we make – in our first fund ($150 million capital) we made 15 investments.

What are some startups you’ve recently invested in and why did you choose them?

The last investment of DEF1 was Photoneo, based in Slovakia, which has the best integrated technology providing 3D computer vision for industrial robots. The first investment of DEF2 (with a target size of €150 million) is in a cybersecurity company, Picus, which offers continuous breach and penetration testing. Both are companies addressing large market segments with superior technology compared to what is available in the market. We are happy to support the founding teams as they engage new customers and expand outside of their home markets

What have been your most successful investments? Some unicorns in your portfolio?

We led the seed round of UIPath, arguably the most interesting and successful software company emerging from Europe in a long while. The company raised approximately $1 billion since 2015 and was valued at $7 billion in the last funding round early this year. Apart from phenomenal growth at scale (>130% YoY, $300 million ARR as of October 2019) the company is remarkable for its wide, global reach (>5,000 customers).

Can you share some numbers about the current state of Earlybird? Like number of startups, raised capital, number of exits, etc?

With over €1 billion under management, seven IPOs and 24 trade sales, Earlybird is one of the most successful venture capital firms in Europe. We currently run three independent funds, covering Western Europe, Central and Eastern Europe and Turkey as well as a dedicated Health fund.

I’m part of the team which invests in CEE & Turkey. Our first fund raised $150 million in capital and started investing in 2014. Since then, we’ve invested in 15 companies. We are currently investing out of our second fund which became operational at the end of June 2019.

How important is location for the success of a startup? Would you recommend that European startups move to Silicon Valley as early as possible?

Being close to customers and important markets is important and we help companies we invest in to have a presence abroad. Many times, this means first sending a representative of hiring the first sales people, long before considering whether to move the entire management team. Starting in our region brings several advantages in terms of cost, culture and resourcefulness which companies need to cherish and preserve. Rarely do we see the need to move entire teams abroad. Apart from very deep tech investments, we found other US regions or European countries better candidates for expansion locations.

How have you seen the startup ecosystem change in eastern Europe in the past 10 years?

Ten years ago there were no VC funds specifically dedicated to the region. Since then there is an effervescence of activity with some of the regions becoming quite crowded. This also translated into a larger number of startups being created, however, the markets are not yet deep enough and quality varies quite a lot.

What do you do in your free time?

I do a lot of sport, mainly trail running and triathlons and travel with my family.