Greek agtech startup Augmenta raises €2.3 million seed round for its tractor-camera that scans and analyses crops 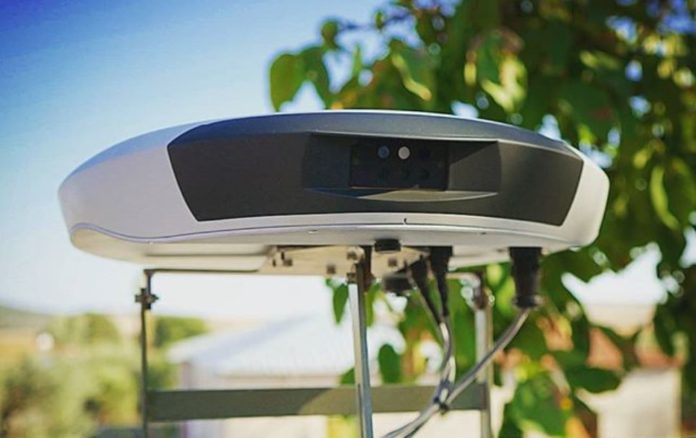 In an era of climate change and rapid population growth, farmers have never before been asked to produce more with less.

There is a need for easy-to-use, inexpensive and reliable solutions that allow farmers to treat every inch of their farm according to actual needs. A lot of companies have tried to solve this problem in the past, most of which created services around aerial imagery taken from satellites, planes or drones. However, the widespread adoption of this approach has for the most part failed because of the complexity and cost it adds to farming.

Greek startup Augmenta helps farmers understand the health and quality of their crops via a plug-and-play device that scans and analyses crops as a tractor moves across the field, capturing video data of every inch.

Augmenta has now raised €2.3 million in a seed financing round led by San Francisco-based Hardware Club and Athens-based Marathon Venture Capital. The company will use the investment to expand its operations in North and South America and deliver against rapidly growing demand.

Its state-of-the-art multispectral camera system retrofits to already owned agricultural machinery like tractors, sprayers or spreaders. By utilising instantaneous image processing and AI, the system decides on the amount of farm inputs (such as fertilizers) every inch of the field actually needs and immediately applies it by controlling the rate of sprayer/spreader application, through various machinery communication protocols.

It has already been installed and tested in eight different countries and used on more than 26 thousand acres.

Augmenta’s offering is now commercially available, automating one of the most important operations of cereal farming, Nitrogen fertilization. Augmenta’s R&D team is currently working on additional crop operations like pesticide and fungicide spraying, as well as specialised operations in vineyards and industrial tomato farms. New operations will be offered via over-the-air software updates, eliminating the need to buy extra hardware.

“The Augmenta team is ecstatic to see their hard work manifested in actual, boots-on-the-ground results, making the lives of farmers around the world easier and more profitable,” said George Varvarelis, co-founder & CEO. “Most of our original team members have a farming background which makes us laser-focused on delivering practical solutions that can be seamlessly incorporated into a farmer’s day-to-day operations.”

“While the idea behind precision agriculture has always been a good one, the technology to make it immediately actionable just hasn’t been there,” said Dimitri Evangelopoulos, co-founder & COO of Augmenta. “For the first time, we can deliver full, real-time automation and all the benefits that implies. We call it Augmented Agriculture and it is already making a difference.”

“Augmenta combines extensive farming expertise and serious technical talent applied to real-world challenges,” said Aymerik Renard, general partner at Hardware Club. “Augmenta is better for farmers, better for the environment, and ultimately better for producers and consumers of food. We’re thrilled to be partnering with the Augmenta team to help their global expansion.”

“Augmenta went from a groundbreaking idea to the world’s first fully autonomous variable rate application of farm inputs within a year,” said George Tziralis, partner at Marathon Venture Capital. “The company’s offering is being received with enthusiasm from farmers around the world, and it’s triggering the interest of some of the biggest players in the space.”