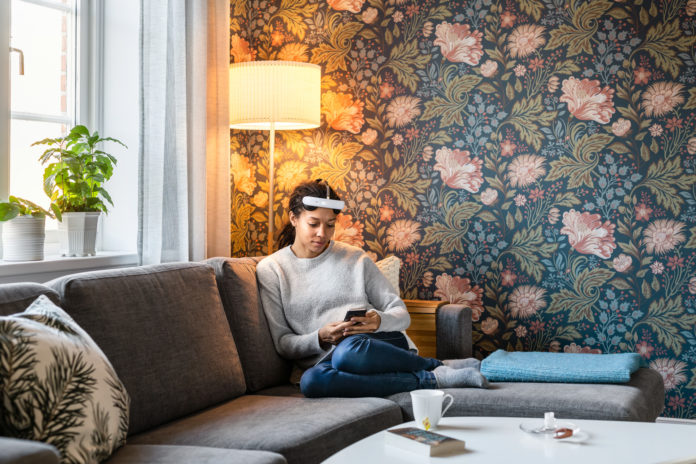 Malmö-based Flow Neuroscience, a medical device company that has created a neurostimulation headset to combat depression, has released a new chatbot therapist to aid in the treatment of depression.

In June, Flow Neuroscience launched its brain stimulation headset treatment for depression in the UK – the first and only medically approved at-home treatment of its kind in the UK and EU.

The new chatbot launches as recent figures show that NHS patients seeking help with their mental health are waiting more than eight weeks to see a doctor after their first appointment.

Years of underfunding of services and government cuts to the NHS have been blamed for the lengthy time it takes for people to access help and treatment for their mental health. As The Independent recently reported, almost 125,000 patients seeking help for their mental health had to wait more than eight weeks to see an NHS doctor following their first appointment.

Patients were rushed into the system to meet targets only to leave them devoid of mental health support. Experts agree that the government is failing to invest adequately in mental health services and that early intervention is important to prevent patients waiting weeks and even months to receive the support they need for their mental health.

Flow is starting talks with the NHS to have its brain stimulation headset available on prescription. The company recently received an investment of £1.2 million by Khosla Ventures to roll out its offering across Europe, introduce the Flow headset to healthcare clinics in the UK, and fund clinical studies.

Available to download free on iOS, the chatbot therapist is based on the latest psychology and neuroscience research, and developed by clinical psychologists and machine learning experts. An Android version will be available in October 2019.

Nearly one in four adults in the UK are affected by a mental illness. Suicide is the most common cause of death for men aged 20-49 years in England and Wales. The economic costs of mental illness in England is estimated at £105.2 billion annually. And one in three work sickness notes handed out by GPs are for mental health reasons, including depression.

“Accessibility and early intervention in depression is crucial,” said Daniel Mansson, clinical psychologist, CEO and co-founder of Flow. “The ‘always-on’ source of therapy provided by Flow ensures people get the help they need as quickly as possible. Flow can provide anonymity without the fear of being judged by others. This is great as some people feel anxious when it comes to talking about their depression to another human.”

To maximise the chance of recovery, Flow can be used in conjunction with the Flow brain stimulation headset. Randomised controlled trials published in the New England Journal of Medicine and the British Journal of Psychiatry show that brain stimulation, of the type used in the Flow headset, had a similar impact to antidepressants but with fewer and less-severe side effects. The Flow headset retails at £399 and can be purchased here.

Flow joins a growing number of mental health chatbots, including Woebot and Wysa, which are playing an increasing role in the mental health landscape. Whilst Woebot and Wysa use a cognitive behavioural approach to change the way people think, Flow has one goal: to reduce clinical depression based on well-grounded science.

10 Tips to avoiding burning out while growing your startup