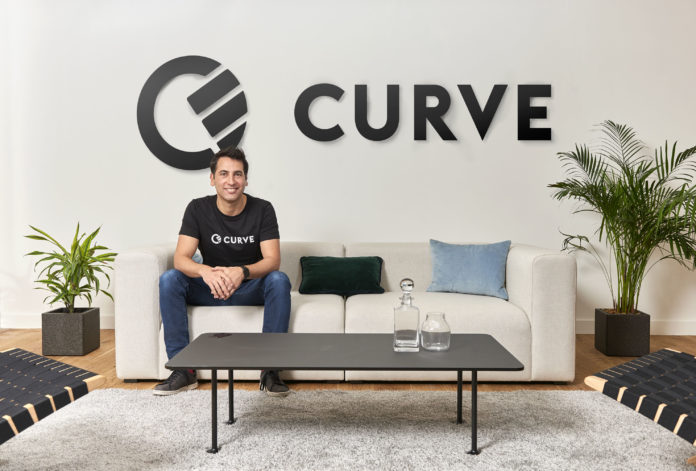 London-based Curve, a banking platform that consolidates multiple cards and accounts into a single smart card and app, has secured €49 million in a Series B funding round, valuing the company at a quarter of a billion dollars.

Curve came out of beta in February 2018, and is on track to welcome its millionth customer by the year end. Curve is already available in 31 European countries and plans to use the fresh funding to expand its product offering in the UK, Europe and overseas. It will officially launch into six European markets later this year: France, Germany, Italy, Poland, Portugal and Spain, and aims to launch its operations in the US by mid next year.

The round was led by Gauss Ventures, with participation from Creditease, IDC Ventures, Outward VC, along with several of Curve’s early stage investors including Santander InnoVentures, Breega, Seedcamp, and Speedinvest.

“While the challenger and traditional banks are busy fighting to win or retain new customers, Curve is building an Over-The-Top Banking Platform that provides customers with a better banking experience with no need to change their bank,” said Shachar Bialick, founder and CEO of Curve. “Curve is playing a completely different ball game, it’s not a challenger bank which means that we can focus on creating a radically better customer experience, without asking customers to trust their salaries with us, or the significant overhead of becoming a regulated bank. Receiving this level of investment from such prominent investors is a fantastic endorsement of the value and experience Curve brings to its customers.”

“The success of Curve, demonstrated by its outstanding growth, is a clear testament to the opportunity in rebundling of financial products and services,” said Daniel Gusev, founding partner of Gauss Ventures. “The strength in Curve over the challenger banks is its product strategy which avoids competing directly with the banks by building an over the top banking platform.”

“Curve is a real trailblazer and we’re very proud of their amazing trajectory,” said Ben Marrel, a founding partner at Breega and one of the original investors in Curve. “Their unique solution offers consumers a seamless banking experience by aggregating both traditional retail and neobank services through the same card and app. Over-the-top banking solutions like Curve are here to redefine the future of banking like over-the-top video reinvented TV.”

Curve customers spend an average £1,500 a month through the platform, significantly more than other challenger banks. For instance, Monzo’s last annual report stated that only 30% of their customers spend, which is roughly £1,000 a month, goes through Monzo.