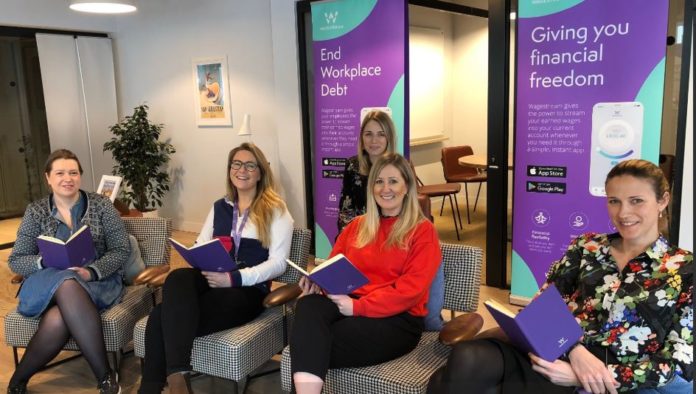 London-based fintech Wagestream is a flexible wage app, fighting against payday poverty to end the financial stress caused by the monthly pay cycle by allowing staff to draw down a percentage of their earned wages any day of the month for a flat fee of £1.75 – with no loans or interest.

The firm sealed its Series A round this week for a total of €46 million, led by early-stage VCs Balderton and Northzone.

Wagestream is on a mission to end in-work poverty, eradicate payday loans, and destroy the ‘Poverty Premium’, whereby people on low incomes pay more for a range of essential products and services such as insurance, energy, and credit. Wagestream is doing this by short-circuiting the monthly pay cycle — an antiquated monthly windfall that forces workers into the hands of payday lenders and other high-cost lenders when they approach the end of the month or face unexpected expenses.

Rapid adoption of the Wagestream platform by UK corporations shows that employers are willing to invest in staff financial wellness and tackle in-work poverty.

And employers benefit from the service, too. Staff have greater financial security, which breeds loyalty, and employers are better able to fill overtime shifts, because they can elect to give workers access to that pay as soon as their shift is over — thereby re-establishing the link between work and reward. In fact, research shows that shift workers choose to work 22% more hours on average once enrolled in Wagestream.

Wagestream is also a supporter of Finance For Good — a collective of fintech services firms committed to improving the financial wellbeing of everyday people.

“The feedback we are getting from private companies and public sector customers alike is that staff are happier, more productive and have greater financial security once they start using our service,” said Peter Briffett, CEO and Co-Founder of Wagestream.

“The antiquated monthly pay cycle inflicts huge financial damage on household finances and its days are numbered. Too many people are pushed into a corner by in-work poverty and forced into the hands of payday lenders and high-cost credit.

“Wagestream is at the point of scaling up rapidly and this historic investment is going to accelerate the pace at which companies across the country liberate their staff from payday poverty and the disastrous social consequences that stem from it.”

“We fell in love with the strong product-market fit of Wagestream,” said Rob Moffat, Partner at Balderton Capital. “We very rarely hear such universal positive feedback from all who have tried a product. Companies used to take an active role in supporting the financial health of their users but this has slowly been eroded, to the extent where employees paid at the end of the month are effectively subsidising their employer for 29 days a month. Wagestream starts to restore the right balance.”

“Fintech is delivering where the financial services industry has failed, by putting consumers’ financial wellness at the core of the industry,” added Jeppe Zink, Partner at Northzone. “This is not just a new business model, it’s a fundamentally new way of doing business. We think Wagestream can be the leading light for a consumer-led era of finance, and we are excited to partner with them on the journey.”

By the way: If you’re interested to join a fast-growing startup like Wagestream, make sure to check out the EU-Startups Job Board.