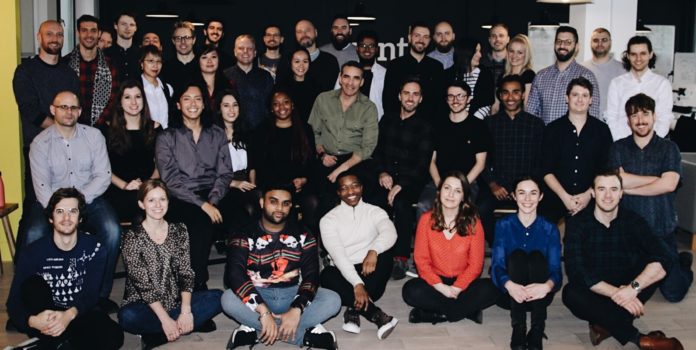 London-based Trint, an automated transcription and editing platform, has raised €4 million in Series A funding to allow news websites to capture the full value of their AV content. The company has raised a total of €7 million since it was founded in December 2014, and already counts some of the world’s largest media organisations as clients, including The Associated Press, Vice News, The Washington Post, and Der Spiegel.

Trint’s platform changes the way professionals work with audio and video to produce content and insights by combining a text editor and an audio/video player into one easy-to-use platform, which produces searchable, editable transcripts.

The new round was led by Horizons Lab, along with TechNexus, a venture collaborative of entrepreneurs, engineers, and business leaders, and The Associated Press.

Trint CEO and founder Jeff Kofman was inspired to build Trint after spending 30 years as an Emmy Award-winning war correspondent and foreign correspondent with ABC and CBS News – during which time he estimates he manually transcribed thousands of hours of interviews. In the coming months, Trint will launch a new suite of collaboration features that will transform workflows for large teams working with audio and video content and enhance their ability to work together on editing transcripts and publishing content. Trint will also be releasing a new tool that combines a video player with an interactive transcript, making recorded content searchable, discoverable, and shareable on the Internet.

“In the last century, the world communicated through text; in the 21st-century communication is driven by voice and the spoken word,” said Kofman. “We’ve created Trint to go far beyond automated transcription, building the world’s first enterprise product for managing the workflow of the spoken word: letting users take raw recorded content, find the moments that matter and collaborate with others to produce content faster and more efficiently.”

“Trint is focused on serving the needs of video production, brands, news organisations, and researchers, allowing them to unlock the value of the spoken word like never before,” he added.

Since its launch in 2016, London-based Trint has grown from four to 45 employees, including seven employees in the company’s North American headquarters in Toronto. It has seen consistent double-digit growth in revenue since 2017 and is now used by more than a quarter million customers. It has been hailed as “by far the best automated transcription service” by The New York Times, and an “unprecedented voice transcription technology” by Wired.

Share
Facebook
Twitter
WhatsApp
Linkedin
Previous articleTen European startups have qualified for the new Future Hamburg Award (Sponsored)
Next articleStan Massueras, Head of Sales at Intercom, will speak at this year’s EU-Startups Summit on May 2-3 in Barcelona!