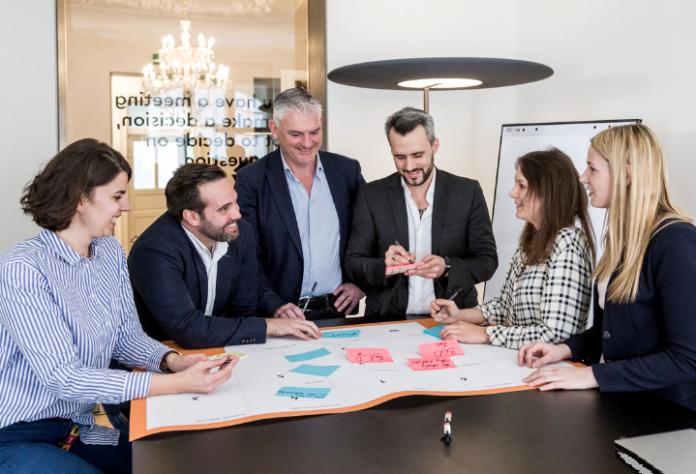 Startups that want to conquer a global market usually lack one thing: access to an international network that offers them promotion and support right from the start, exactly where they need it most.

The 360 Lab Accelerator covers exactly that critical area most incubator and accelerator programs leave out of sight: accompanying startups from internationalization into the capital-intensive growth phase. The Graz-based 360 Lab Accelerator offers qualified start-ups with its program a growth turbo specially tailored to their needs, giving them the unique opportunity to develop into a global player within a very short time.

The 360 Lab Accelerator offers €100k in capital per startup, access to 47 test markets with a potential user base of 10 million, and intensive mentoring by top-level coaches in Graz and San Francisco. In addition, startups will gain access to a network of international industry experts, which is a priceless component. The last four months of the program will take place in the offices of 360 Lab San Francisco in Silicon Valley. Five selected startups will be prepared for their international market entry with the help of American VCs and top coaches.

“Gain Traction. Get Funding. Grow.” is the motto under which the participating startups are supported on their way to transformation from promising small businesses to serious players on the international market.

During the first four months in the accelerator, this will be the primary focus, to adapt the products or services of the startups to the requirements of the market and to find the most effective sales method. Following this phase, the startups will present their progress to interested investors on the Demo Day. If they’re convincing, they’ll also get the unique opportunity to prove themselves in Silicon Valley. There, mentors and industry experts will work intensively on the international launch for a further four months.

“There are many startups in Europe that develop new technologies or business models with great potential, but they usually fail due to a lack of know-how and infrastructure to achieve the international breakthrough,” said Christian Vancea, Managing Director 360 Lab. “The 360 Lab Accelerator not only creates a unique acceleration program for start-ups, but also establishes an international innovation network to support start-ups quickly and easily. A concept that is unique in Europe in this way.”

Opening of the 2nd batch: Soon the Doors of the 360 Lab will be open again.

Although the first batch of the 360 Lab Accelerator is still in full swing, the participating startups have already achieved their first successes: The Brazilian pet-centered marketplace, GoApp is about to rollout in the Netherlands after only a few weeks of program – other European countries will follow shortly. The innovative video calling app Tutch will be supported with its global launch and the blockchain-based eSports betting platform Hero is pleased about a cooperation with a leading crypto currency broker and the “Austrian Born Global Champion” award.

Due to the positive response within a very short time, applications for Batch 2 are now open. Startups that also want to get a taste of Accelerator air and are planning to go international can apply until May 5th. Specifically, these are technology startups from the Marketplace, Fintech, Blockchain, AI, Saas and E-Commerce sectors. Prerequisites are an internationally scalable business model, first traction and an existing MVP.

Ideally, startups should have two or more founders, at least one of whom is willing to travel to Graz in Austria for the first third of the programme and to San Francisco for the duration of the last third in order to participate in all programme items.

After intensive screening and interviews by the 360 Lab team, startups will have the opportunity to present their ideas to investors, industry experts, and the 360 Lab Management at a live pitching event. Subsequently, the 5 best startups will be included in the accelerator.

The goals for a successful completion of the program are individually formulated for each participating startup. This way we can be sure that each startup can exploit its full potential in the program. Applications are now open!