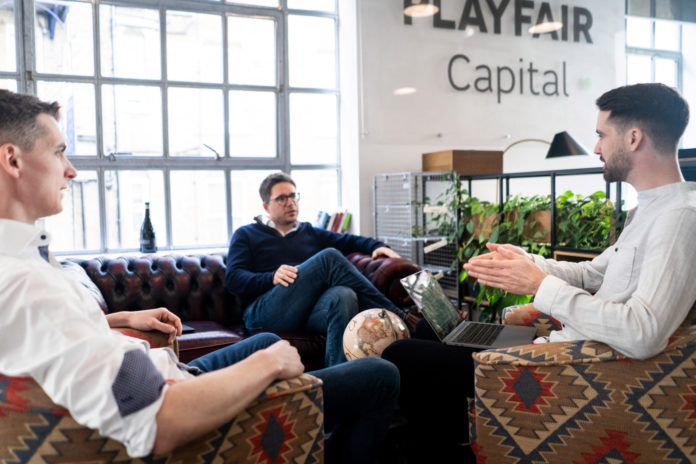 London-based Playfair Capital, a seed investor focused on UK startups, has raised a second fund of €28 million. The VC is now on the hunt for pioneering startups with the potential to become world-leading technology companies.

Since launching in 2013, Playfair has invested in more than 50 companies including Stripe, Ravelin, Thought Machine, CryptoFacilities and Mapillary, as well as the marketplace for independent boutiques Trouva, and real estate marketplace Appear Here.

With €28 million to invest over the next three to five years, Playfair is seeking early-stage companies across all sectors, with a focus on deep tech (AI, machine learning and computer vision), B2B SaaS and marketplaces, which have traditionally been areas of strength for the fund. Its initial cheque size is $500k, but the team engages with founders at the earliest stages of their journey, sometimes investing smaller amounts at the pre-seed stage.

Playfair Capital is distinct among UK seed funds in that all its capital is supplied by Federico Pirzio-Biroli, its chairman. Following a successful period setting up Playfair Capital and leading investments, Federico has moved back to Kenya where he has family interests and has put in place a team to lead Fund II. Taking over management of the fund is Chris Smith, an active angel investor for more than a decade, who has joined the fund as a partner.

“I’m thrilled to be joining Playfair Capital as we announce Fund II. Playfair Capital has developed a reputation for working closely with founders and the angel community to back successful entrepreneurs,” said Smith. “The ethos of the fund is very much aligned with how I approached my angel investing. Working closely with Joe and Henrik, we have a fantastic opportunity and I can’t wait to get started on combining the best aspects of angel investing with Playfair’s unique form of patient capital.”

“I’m delighted to be announcing Chris’s hire and the launch of Playfair’s Fund II,” added Pirzio-Biroli, founder of Playfair Capital. “Our new investment team has great hands-on experience with startups and a track record of backing founders early and enthusiastically. The UK has proved a rich hunting ground for Playfair Capital, providing 80% of our current portfolio. With the new fund we will seek out startups that use deep tech and data to create a defensible proposition that has longevity. We are hugely excited about opportunities in the deep tech, SaaS and marketplace segments where we have already demonstrated success.”

Playfair strives to combine the best aspects of angel investing – enthusiasm, empathy, hands-on experience and speed of decision-making – with the formal structure of a fund that is able to write larger cheques, make follow-on investments and has a bigger team and wider network of contacts. The fund spends a lot of time working with some of the UK’s best-known angels and other funds, both formally as co-investors and informally. During 2019, Playfair will develop this approach with several initiatives including inviting angels who want to work more closely with the fund to take space in its Farringdon headquarters.

Mary Loritz
Mary served as Head of Content at EU-Startups.com from November 2018 until November 2019. She is an experienced journalist and researcher covering tech and business topics.
RELATED ARTICLES
Iceland-Startups