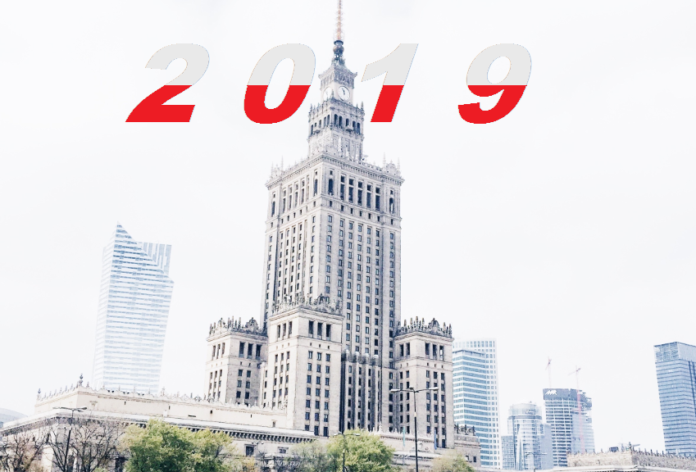 Poland’s startup ecosystem is starting to blossom, with promising startups popping up across the country – not just in Warsaw, but in Krakow, Poznan, Wroclaw, Gydnia, and Katowice – in a range of sectors from health tech to recruitment, machine learning, space tech, facial recognition, and digital authentication, to name a few. Though funding rounds tend to be small compared to their Western European counterparts, the technologies offered by these startups are solid, demonstrating strong potential to scale internationally beyond the Polish market.

Here are 10 Polish startups, all founded within the past 2-3 years, which we think deserve your attention:

Based in Poznan, StethoMe allows you to examine your lung and heart health from home with its intelligent stethoscope, integrated with a mobile app. Simply place the device on the points on the body indicated on the screen of the phone, and the system can determine the patient’s health condition. The electronic stethoscope measures any potential abnormal sounds using special algorithms, which can recognise, for example, whether the patient is suffering from chronic lung disease. The recorded sounds create a medical record, which can be sent to a physician at any time in order to receive a remote consultation. StethoMe enables also precise monitoring of chronic diseases such as asthma, making it possible to track the course of treatment and reactions to medications. Founded in 2015, the startup raised $2 million from TDJ Pitango Ventures in 2018.

Based in Warsaw, GIVT obtains compensation for customers from airlines when flights are delayed or cancelled, or if a passenger is denied boarding. Negotiating with airlines is often complicated for passengers, as they are usually not aware of their rights, or don’t know how to use them in their favor. Using GIVT, passengers can receive up to €600 in compensation, received within 30 days. The platform was created by professionals with experience in aviation, finance, technology, and law. When it comes to disagreements with aviation giants, GIVT is always on the customer’s side. Founded in 2017, the company has already raised €2.8 million in order to develop a forecasting and flight scoring system.

Neptune.ml is a Polish machine learning startup that delivers a platform created for experts in the field of machine learning and their managers. The Neptune platform allows data scientists to monitor, compare and reproduce experiments and their results, thereby saving up to 20% of data scientists’ time. Neptune was developed in close collaboration with deepsense.ai of Palo Alto, and the team used the Neptune ML model to win the 2016 Kaggle/NOAA Fisheries Right Whale Face Recognition challenge. In September 2018 Neptune.ml followed this win up with a $1.7 investment round from TDJ Pitango Ventures. Neptune is library and framework agnostic, allowing users to leverage their favorite libraries and frameworks including TensorFlow, Theano, Caffe, Keras, Lasagne, scikit-learn, Jupyter, and PyTorch, among others.

No Fluff Jobs – Based in Gydnia, this startup sets out to fix recruitment in IT – a sector where there are more job openings than there are job seekers. Job boards, ads, and lengthy interviews at companies you don’t really want to work for are often sources of frustration both for candidates and recruiters. Founded in 2017, No Fluff Jobs aims to provide a more straightforward experience. Its platform features IT jobs in a standardised, detailed way, so that you can quickly view the job’s technology stack, salary range, team size and possible perks before you even scroll down the page, and apply in a few clicks. The employers are also able to save time and money, as they only receive serious applications from people who have a clear understanding of the job.

SatRevolution is a Wroclaw-based space tech startup founded in July 2016 with a mission of building small, lightweight, reliable spacecrafts. Nowadays, most spacecrafts are relatively heavy and huge; SatRevolution, however, is currently focused on building nanosatellites. Its team is composed of twenty people, mainly engineers, with experience developing applications in harsh environments. SatRevolution is currently developing its first commercial satellite called Światowid – the first Polish commercial EO satellite in cubesat standard, which will be launched in April 2019, and will be capable of imaging Earth surface with groundbreaking 4m resolution. The startup raised €700k in March 2018.

Founded in Belarus but based in Krakow, FaceMetrics has developed apps for meditation, stress relief, and sleep, and is currently developing an AI-based app called Nicola that integrates into iPads for children who may be digitally addicted. The app informs parents about the actions of children on the tablet, and monitors their playing time, while motivating them to read more. Its patented technologies use the camera on devices to track indicators like the direction of gaze, emotions, and the posture of children to determine, for example, if a child is reading intently or if they are experiencing fatigue. FaceMetrics raised $2 million in seed funding in June 2018.

Based in Krakow, CallPage was founded by Ross Knap, Sergey Butko and Andrew Tkachiva in 2015. According to the startup, its SaaS platform increases sales leads by 75% by facilitating call conversations between companies and their website visitors. Its platform analyses customer behaviour on websites, and allows potential customers to quickly get in contact with customer service representatives through a widget. Currently, the system is used by over 3,000 companies from around the world, and has been used by over 2 million people. CallPage’s current clients include Audi, UPC, Virgin Mobile, Medicover, and Orange. The startup has raised $5.7 million to date.

Fandla was founded “to help micro and small businesses to manage their cashflow challenges in modern, easy and affordable way”, especially in the early stages of development. Fandla operates an online platform to provide invoice factoring services to small businesses. Fandla targets the four million small businesses in Poland that represent the majority of the country’s GDP, providing them with up to €7,000 to help them pay their invoices. Founded in 2016 and based in Warsaw, the startup raised €415k in January 2018.

Founded in 2016, Krakow-based HCM Deck is an employee development platform. With HCM Deck, companies can manage employee development in key areas such as onboarding, training, knowledge and exchange of management, employee assessment, community, and communication. The number of clients applying to use the startup’s platform is growing monthly, and the company has experienced 100% year-on-year growth. Nearly 100,000 people have already used HCM Deck services, including employees from companies such as Lionbridge, Leroy Merlin, OBI, Bobby Burger and Grupa WP. The startup raised a seed round of $1 million in April 2018 from Innovation Nest.

Digital Fingerprints provides continuous authentication based on behavioural biometrics, by monitoring and capturing a person’s behaviours. The collected behaviours are stored in the form of a machine learning model that can almost instantaneously judge whether present behaviour is consistent with the user’s identity, in compliance with GDPR and PS2 regulations. Digital Fingerprints’ method is already being used by at least one bank to provide background verification of the customer’s identity. Digital Fingerprints was launched in March 2017 in Katowice and seed funded with $2 million from mAccelerator.vc.

10 promising cybersecurity startups to watch in 2020

10 apps and tools that can help your startup improve sales