London’s startup ecosystem at a glance 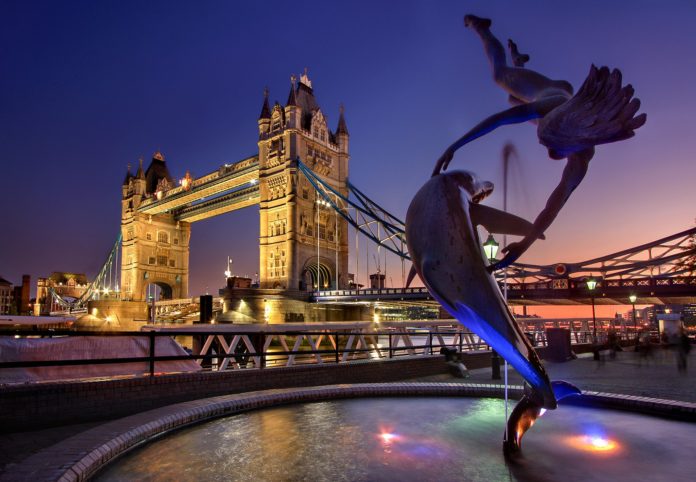 Without a doubt, London is an exceptional place for startup development. The third largest tech hub in the world, and leading startup hub in Europe, is known for its vibrant community, a high concentration of capital and a massive concentration of international talent. There is no shortage of accelerators and tech events in London, or government support, making it one of the fastest-growing startup ecosystems in the world.

The UK outpaces other European countries in terms of tech startup funding, with €7.1 billion raised in 2017 alone, the majority of that activity happens in London, with mega-rounds raised by startups including Farfetch, Improbable, Deliveroo, and Truphone.

The British capital is able to compete with Silicon Valley when it comes to attracting world-class entrepreneurs. If you are one of them, here is a comprehensive list of the top spaces, accelerators, investors, and events that shape the startup community in London to a great place to start a company.

London “has New York’s urban diversity, LA’s concentration of media, film, TV and creative industries and Washington DC’s proximity of government, all in one place” according to Joanna Shields, CEO of the government’s Tech City initiative.

The city is a hub of innovation, creativity and talent. London entrepreneurs, startups, and freelancers can break free from the setting of the traditional office in over 150 coworking spaces and hubs. Combining the benefits of networking, café culture, and serviced offices, these London coworking spaces offer something for everyone:

Central Coworking – Open 24/7, with flexible membership options, Central coworking offers modern coworking space, full amenities, access to meeting rooms, lounge area and kitchen. On 7 locations around the city, be sure to check their event calendar. Perk: If you don’t make a meaningful connection to your business in your first 30 days, you get your money back.

Campus London – Google’s space for entrepreneurs is known to be the focal point of the London tech scene. As part of their global network, Google offers seven floors of co-working space, top-notch classes and training, event space and a popular basement café. Perks: TechHub and Seedcamp are tenants there.

Monzo – the startup that is shaking up Britain’s banking industry was founded in 2015, as a digital bank. Currently serving 1.1 million customers, Monzo offers easy money management and transfer and stress-free travel with their card. Monzo became the latest UK firm to reach the unicorn status in October 2018.

Nested – this proptech startup was launched in January 2016 and has already raised £165.2 million. How? Functioning as a real estate agency, they offer a guarantee to its users that they will be able to sell their property within 90 days, for between 95% to 98% of its market value. If not, users receive a cash advance, so they can buy a house before Nested sells theirs.

Hibob is a SaaS, cloud-based HR and benefits platform that streamlines administration and improves employees’ experiences with a smart mobile app, a personalized benefits store and inviting onboarding and survey tools. With offices in London and Tel Aviv, they are on a mission to improve the workplace.

Revolut is a digital banking alternative from London and reached unicorn status a while ago. Founded in 2015, the fintech provides easy international money transfers and instant global spending using the interbank exchange rate. The online bank Revolut designed for your global lifestyle.

Index Ventures – Known as Europe’s startup success factory, Index Ventures has a focus on e-commerce, fintech, mobility, gaming, AI, and security. Since its establishment in 1996, it has raised $7.25 billion and has invested in truly transformative companies like Dropbox, Farfetch, Supercell, Skype, Revolut, Deliveroo, TransferWise, BlaBlaCar and many more.

Atomico – Atomico is an international investment firm founded by ex-Skype CEO Niklas Zennström and Mattias Ljungman, which has made over 75 investments across B2C, B2B, software, hardware, deep tech and more. With a particular focus on Europe, Atomico’s notable investments include Supercell, Klarna, Viagogo, Last.fm and many more.

Passion Capital – Based out of the co-working space White Bear Yard, Passion Capital’s early-stage technology venture fund is investing in the field of digital media, mobile, Internet, and technology. Focusing on Europe, especially the UK, they have invested in Monzo, Nested, Adzuna and many more.

LocalGlobe – Founded by father and son duo Robin Klein and Saul Klein, LocalGlobe is seed-stage VC which has invested over $70 million in 50 companies including Transferwise, Zoopla, Improbable, Citymapper, Algolia, Cuvva and Robinhood. In November 2018 they announced the creation of a sister fund Latitude, aimed at Series B investment.

DN Capital – DN Capital is one of the oldest running venture firms in the UK, focused on digital media, e-commerce, software and mobile applications, from early stage to growth equity. The award-winning VC has made 90 investments, with 23 exits and 3 IPOs. Its most famous exit: Shazam.

According to the UK Business Angels Association angel investors in UK are making more investments than ever before. Here are some of the most active angel investors:

Peter Cowley – Awarded the Best Angel of the World in 2017 and current President of the European Business Angels Network (EBAN), Peter Cowley has invested in over 65 early stage companies, mainly in SaaS, biotech, sensing, IoT, cleantech, fintech, edtech, medtech and security sectors. He’s a dedicated mentor to hundreds of entrepreneurs, and serves on the board of eight startups.

Peter Read – Previously a partner at Google Ventures, Peter is now a managing director at Vitruvian, as well as a venture partner at BlueYard and LocalGlobe. He is an active angel investor and advisor in over 100 tech startups, including Business Of Fashion, CarThrottle, Citymapper, Farfetch, GetYourGuide, Medigo, Memrise, and Mubi.

Brent Hoberman – A serial entrepreneur himself, this Eton College graduate is also co-founder of Founders Factory and the VC fund Firstminute capital. He has served on or advised the boards of The Economist, the UK Government Digital Advisory Board, TalkTalk and the Guardian Media Group, and was appointed Commander of the Order of the British Empire in the 2015 New Year Honours for services to entrepreneurship.

Errol Damelin – A global entrepreneur and early-stage technology investor, he has backed iconic startups like Transferwise, CityMapper and Purplebricks from their earliest days. The South African-born, Israeli/British entrepreneur is mostly known as the founder and CEO of Wonga, for which he was awarded Ernst & Young’s Entrepreneur of the Year Award in the UK.

As an epicenter for startups, London offers an abundant choice of accelerators and incubators, providing support, space and resources to help you catapult your startup. According to Nesta, there are over 200 incubators and 160 accelerators currently active in the UK, supporting over 3,500 new businesses per year. Beyond the global network of Seedcamp, Startupbootcamp or Techstars, all present with their programs in the British capital, London is also home to Europe’s largest fintech incubator and Europe’s first proptech accelerator. Here is some info on them and some additions to our list:

Pi Labs – The accelerator-turned-early-stage VC fund exclusively invests in early-stage ventures in the proptech vertical, from architecture and design to hospitality and leisure startups. The investment ranges from seed to Series A, with the possibility to participate in a pre-seed 15-week mentor-led programme designed to expand the network and develop the product.

BBC Worldwide Labs – Focusing on early-stage digital media startups with game-changing products on the intersection of journalism, data and technology, BC Labs offers six-month long accelerator programme, including prime space at BBC HQ, access to internal industry experts, but no investments or equity.

FinTech Innovation Lab – Fintech Innovation Lab welcomes startups from finance, insurance, AI and cybersecurity to participate in their 12-week mentoring and acceleration program sponsored and managed by Accenture. Additionally supported by Deutsche Bank, the program is well placed to offer a huge wealth of resources and connections.

Mark your calendars. Aside from weekly meetups and talks, several big events and startup competitions are not to be missed on the island. Here are 5 of them:

NOAH London: The NOAH London Conference provides a physical marketplace that facilitates funding for digital European companies at all stages. NOAH London gathers about 1,800 attendees – including the “who is who” of European Internet, 100+ of Europe’s leading digital businesses and 80+ handpicked top startups on stage.

Unbound’s innovation festivals connect brands and corporations with startups and their cutting-edge technology. It acts as a bridge between businesses and digital and technological pioneers – bringing together over 5,000 founders, entrepreneurs, investors, brand executives, and thought leaders from around the world.

The Europas: Each year the most forward-thinking, progressive and innovative tech companies from the EMEA region are celebrated and awarded at the Europas. The premier European awards gather leading startups, investors, and media for a daytime conference and an unforgettable evening awards ceremony.