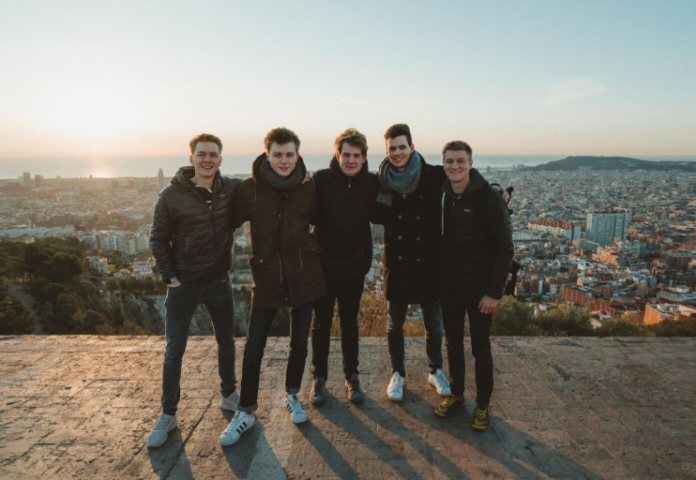 Mapify, the trending social travel network, today announced its ​$1 million seed funding round from US- and EU-based funds and renowned angel investors. The Berlin-based startup, which launched in November 2017 backed by​ MIT’s Sandbox Innovation Fund​, has raised $1.3 million in total to this day and aims at becoming the most relevant social travel platform in 2019.

Mapify’s CEO ​Patrick Haede, a 24-year-old serial founder who dropped out of MIT in the beginning of this year to lead Mapify full-time, stated: “We are absolutely excited to be onboarding our new investors to Mapify and to be scaling the team in Berlin and LA. We want to remove the friction from today’s travel experience by creating the most engaging and seamless social travel platform on the market. We believe it is possible to unify the world of travel with a single application that connects travelers around the globe through their personal experiences.”

Mapify has virally grown to a six-figure user base in just six months. Today, Mapify is one of the fastest growing social platforms on the European travel market. The investment round comes just a week after the company announced it is ​nowcovering the entire globe with travel content shared by its users and after releasing a major update to its mobile apps in order to prepare the product for scaling.

“We are on the way of making Mapify as global as our user base. By adding nine additional languages last week and by designing an entirely new ​Explore experience for our iOS app, we shipped Mapify’s biggest update since our launch. So far, the feedback from our users around the globe has been overwhelmingly positive”, says ​Sebastian Haede​, the 20-year-old co-founder in charge of Mapify’s product development.

Amongst the new investors are well-known names as well as specialized travel funds. Ennea VC from Switzerland is led by Jan Valentin, who served as Senior Vice President at Kayak in Europe. ​Roland Grenke​, co-founder of ​Dubsmash and ​Navid Hadzaad Javaherian, ​former Founder & CEO at ​GoButler ​and ​Product Leader at Amazon Alexa​, both scaled companies globally and raised several funding rounds with US backing. ​Pheed co-founder ​Phil Haus​, who sold his company for $40 million in 2014 and actor ​Zach Avery are investing through their Los Angeles-based fund ​LayJaxVentures​. San Francisco-based​ Niv Dror​, who held positions at ​Product Hunt ​and ​AngelList​, ​joins the round alongside ​Lucas von Cranach​, CEO of ​OneFootball​, one of the most relevant soccer apps globally.

The new investors are joining Mapify’s earliest backers ​Gunnar Froh​, who launched Airbnb’s international expansion, ​Fredrik Posse​, Partnerships Manager at ​Spotify and Hagen Angermann​, former Senior Manager at ​Daimler in Asia. In just six months, the company has gathered the support of a remarkably international and experienced group of investors. The company plans on using the newly gained resources to launch into the US market and start building an operational team in Los Angeles.

Tobias Schnorpfeil, co-founder of Mapify and Operational Lead, added: “We see an exceptionally fast pace in US content growth and after successfully launching in Europe, we will now focus on the US market as well. Mapify has been the most successful travel app amongst social media influencers and we believe this momentum will support US growth.”

By the way: If you’re interested to join a fast-growing startup like Mapify, make sure to check out the EU-Startups Job Board.