Munich-based Userlane, the navigation system for software, raises €4 million to accelerate its expansion 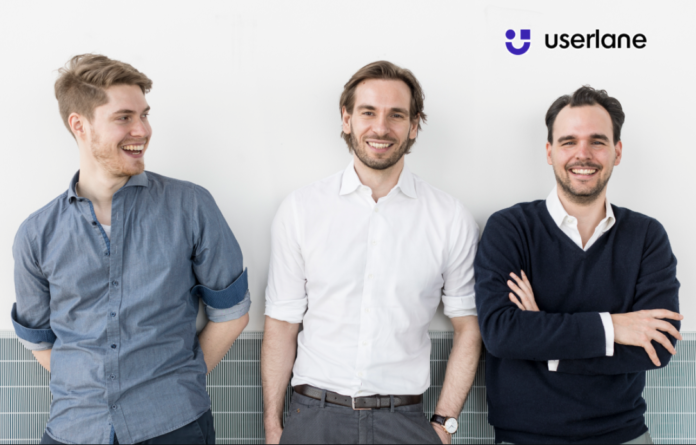 The Munich-based startup Userlane just raised €4 million to finance its expansion and to further develop its product. Userlane, which was founded in 2015, offers a navigation system for software that allows users to understand and operate any application without formal training. The Series A investment round was led by Capnamic Ventures, and joined by High Tech Gründerfonds, main incubator, and FTR Ventures.

Userlane is on a mission to close the knowledge gap between humans and machines by allowing anybody to use any software application without training. The ability to operate software proficiently needs to go from being an acquired skill to becoming implicit know-how for everybody. The young company provides a navigation system for software, allowing users to immediately and fully operate any software application without prior knowledge. Userlane’s interactive guides steer people through processes in software applications and provide step-by-step on-screen assistance by showing users how to accomplish tasks in real time.

Olaf Jacobi, Managing Partner at Capnamic Ventures, stated: “We believe that Userlane’s team, together with its technology, and customers all point to a great opportunity to create a successful company. Userlane addresses an extremely large and untapped market. We’re thrilled about working with the people at Userlane.”

Large corporations such as Allianz, Deutsche Telekom, and LBS, together with public institutions like the City of Munich already adopted Userlane to train their employees on software. Software companies such as Celonis or Shore integrated Userlane within their own product to onboard and guide their users. According to the Userlane founders, they are tackling a growing global market with a volume of $10 billion.

Hartmut Hahn, co-founder and CEO of Userlane, commented: “Digitization hinges on people. Technology needs to pave the way to disruption instead of becoming a hurdle. Our mission is to completely close the knowledge gap between humans and machines, so that everyone can effectively operate any software without any training.”