5 Berlin-based blockchain startups to watch in 2017 and beyond 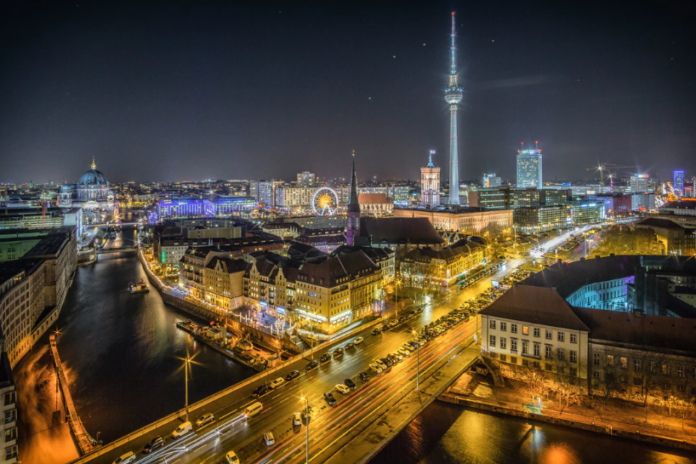 Berlin has established itself as a hotbed of startups and innovation thanks to its entrepreneurial ecosystem, affordable cost of living and international population. But if you want to find the hottest startup verticals in Berlin, you’d do well to look at blockchain and cryptocurrency. With the UK preparing to lose its place as the FinTech hub of Europe post-Brexit, Berlin is competing to become the new FinTech capital of the EU. Within its streets you’ll find over 30 blockchain and bitcoin meetup groups, Transistor, a coworking space dedicated to FinTech, and a hive of disruption. Here are 5 of Berlin’s hottest blockhain startups:

SatoshiPay has created a digital wallet that allows anybody to instantly pay tiny amounts (nano-transactions) from and to anywhere via the internet. The software is made of a browser Bitcoin wallet (that is automatically created when visiting a site) and a lightweight nanopayment paywall (that blocks the content until it has been paid for). This enables web publishers (such as writers, game markers, artists, and media) to charge users per download, second of video, or for an extra life in a game. In an era where consumers are increasingly using adblockers, and sites unable to access payment from advertising, this offers a whole universe of new monetisation possibilities.

Monax operates the monax platform, an open platform for developers and DevOps to build, ship, and run blockchain-based applications for business ecosystems. The Monax Application Platform is built from the ground up to provide a logical base for developers and DevOps to build, test, and operate ecosystem applications. It is designed to support multiple blockchain nodes connected to multiple blockchain networks with different smart contract interpreters, all seamlessly connected to other microservices necessary to build, test, and run the ecosystem application, such as key management systems and distributed data lakes.

The company also offers a number of SDKs and SDK add-on modules in areas such as insurance, logistics, and marketing. The SDKs are modular, interoperable packages of smart contracts that can be used to build enterprise-grade applications and services running on a blockchain (also known as distributed ledger technology). They also provide APIs and extensible interfaces to add use case-specific business logic and other customizations.

Bitwala aims to bring international financial transactions into the future with a currency transfer service using blockchain to transfer foreign currencies faster and cheaper than their competitors. Customers create a Bitwala Bitcoin Wallet but their account also includes a prepaid debit card that enables them to pay, get cash out of ATMs and convert bitcoin straight from their wallet.

The company has won a plethora of award including Best startup in the blockchain category at Paris Fintech Forum 2017, Best Finance Startup at Pioneers 2017 in Berlin and Future FinTech Star Award at ICT Spring 2017 in Luxembourg.

IOTA has created a transactional settlement for the Internet of Things. As IoT expands, IOTA enables companies to enable M2M (Machine-to-Machine) payments by making every technological resource a potential service to be traded on an open market in real time, with no fees. This is achieved not through the blockchain but through a new open-source distributed ledger that does not require the blockchain. Its quantum proof protocol is called The Tangle and includes benefits such as zero fees, infinite scalability, fast transactions and secure data transfer.

The company created the not for profit IOTA foundation and has entered into a number of research partnerships. In August, IOTA reached a market cap of over $2.3 billion USD, one of only ten cryptocurrencies to hold that distinction.

Ascribe is a Berlin-based business that works with creatives from all around the world and galleries and museums to enable creators and art collectors to truly own, securely share and track the history of a digital work using the blockchain. When a creator registers a piece of artwork on ascribe, a unique, cryptographic ID is generated and then stored on the blockchain. The cryptographic ID is a composite of the digital artwork and the artist’s identity, creating a permanent and unbreakable link between the artist and their work. Artists can also transfer their work along with license rights, create limited editions, track the chain of ownership and generate a certificate of authenticity.

Cate Lawrence
Cate Lawrence is an Australian freelance tech journalist based in Berlin, Germany. She has a keen interest in IoT, wearable tech, robots, biotech and startups.
RELATED ARTICLES
Germany-Startups