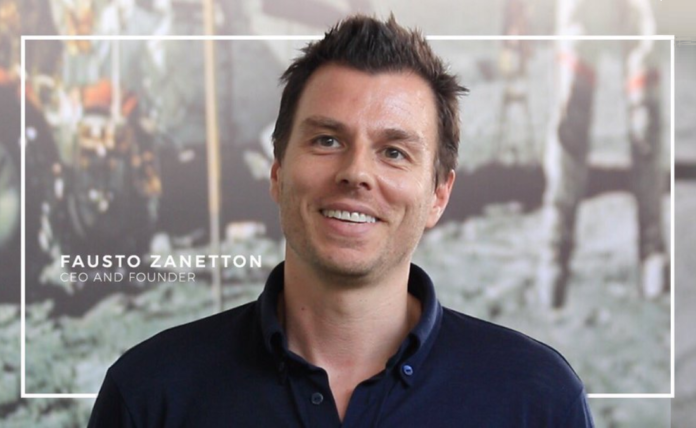 As the world’s first and only fully-authorised sports crowdfunding platform, Tifosy‘s mission is to enable everyone to invest in sports, in a fair and transparent way. The London-based company does this through its proprietary platform. Billions of sports fans around the world can invest in the professional clubs they are passionate about. Founded in 2013, Tifosy today is the leading sports crowdfunding site. I talked to Tifosy founder and CEO Fausto Zanetton, to learn more about the company’s early days and its future.

Ciao Fausto, a real pleasure to speak with you! Could you kindly introduce yourself to our readers?

I’m the Founder and CEO of Tifosy, the first fully-licenced sports crowdfunding platform, enabling anyone to invest in sports clubs they believe in.

I am Italian but grew up in Belgium and moved to the US before settling down in London. After a 15-year career in finance raising capital for media and tech companies, I wanted to combine the expertise I had built up with my true passion: sports.

Where did you meet the other founders (having as a co-founder a football legend like Gianluca Vialli is definitely publications start!)?

I was introduced to Gianluca after he held a talk at London Business School. Just like myself, he was passionate to improve the game that had given him so much.

He was immediately attracted to the potential crowdfunding could offer to the football and sports industry, bringing fans closer to their beloved clubs and forcing clubs to become more transparent.

Once we had the idea set in stone, my other co-founders (Geoff and James) came on board as well.

Where did the idea and name of Tifosy come from and what is it all about?

I started discussing this idea four years ago with Gianluca Vialli, the former Italian striker, European Cup winner and Chelsea manager. After many long discussions around his kitchen table, we developed the concept of Tifosy (the word means ‘fans’ in Italian), launching a pilot project in 2014 with Portsmouth FC. We raised £270,000 from fans in 35 countries in just 62 days, which the club invested in two new academy pitches at the training ground. We have now worked with 15 clubs in England and Italy, raising more than £1m.

Now, the time is right to scale up and we plan to work with leading Premier League clubs, and cricket and rugby clubs, launching debt and share issue campaigns on a much larger scale. We have also recently launched our own £1m equity raise to accelerate our strategic growth.

It’s not so easy to find someone with a background like yours, with many years in investment banking, at Morgan Stanley and Goldman Sachs, that decide to start a crowdfunding platform. What is that motivated you to take this decision to go on your own? Are you happy with your choice?

I arrived at a stage in my career where I felt that I had built up a significant skill set. My years in accounting and investment banking (all in the TMT space) were an incredible learning school. I was ready to put it into practice and apply it to something that I really was passionate about. Given my experience in the media and internet sector, I knew that crowdfunding platforms would become vertically focused over time. Being able to build the world’s leading sports-focused platform was such an amazing opportunity that I just couldn’t let pass by.

I never for a moment have regretted that decision, even though building your own company can be a very bumpy ride to say the least. I am super motivated every day when I wake up to keep improving Tifosy and bringing new clubs and fans to the platform.

The finance industry is facing a wave of digital disruption, with crowdfunding that became more and more popular in the past few years, getting now closer to a stage of maturity in countries like the UK that have been early adopters. How do you think it will evolve in the future? Do you see it as a good alternative to venture capital for the entrepreneurs looking to raise funding?

The UK has been the pioneer in financial crowdfunding. Platforms like ZOPA, Seedrs and Crowdcube were the first to attract significant volumes. I foresee that the sector will keep growing at rapid pace across the board. I feel that more and more entrepreneurs (but also companies) see equity or debt crowdfunding as a real financing alternative. From the platform side, I believe that there will be more vertical focus (by type of industry) given the investor and issuer needs are different. Also, I believe that you will see more and more deals that will be a hybrid between venture capital/private equity and crowdfunding and later-stage. Crowdfunding and institutional funding are not mutually exclusive.

What’s your idea about the Brexit? It’s basically not yet started, but we are already seeing some negative effects in the economy, like a sensible relocation for the banking jobs and some additional difficulties faced by fintech companies to attract the best talents.

I sincerely hope that after the unnecessary decision to withdraw from the EU, the UK will make sure that there will be a smooth transition period for the financial services industry and the passporting of any FCA activities into mainland Europe. If not, I believe that London would have significant difficulties and many companies would leave.

Going back to the sport part, I totally agree with what Vialli told to the FT, that usually the clubs call ‘partners’ their sponsors, when they put money in order to get a positive return and not because they are passionate that, while it would definitely make more sense for clubs to make become ‘partners’, instead of ‘customers’, their supporters.  Talking in general, the football system seems pretty much broken, with few agents and top clubs that are moving the market, and a gap with the smaller team that is becoming bigger and bigger.  The good news seems to come from the people, because whatever happens the fans are always there with their passion. What’s your idea? How do you want to have a positive impact to change this?

Crowdfunding through Tifosy equity and debt campaigns will be a real alternative for fans and retail investors. They will reward clubs that are sustainable, ethical and don’t take their fans for granted. There are 4Bn sports fans in the world. If you can aggregate their power through a platform like Tifosy they can become a formidable force. We hope that our values to which any issuing club needs to adhere, will serve as a stimulus to do the right thing and attract funding.

A percentage of shares owned by the supporters of the club seems a natural thing, given the key emotional part and the private-public interest involved with that. It would add in this way a source of financing, some stability to the club ownership and engagement of the people supporting the team. All in all, what I see as one of your main targets with Tifosy is exactly related to that, bringing back football to the people really passionate about it. Is that right?

Contrary to some other people, I am not of the opinion that every club needs to be fan-owned. In many instances, this is not practically feasible. However, I do believe that any club could benefit from a certain percentage of fan ownership and as a result, participation. That comes in my view with having some “skin in the game” and not being just a bystander who complains when things go wrong. Similarly, clubs will then take fans also more seriously because they have invested into the club. I believe it is healthy to give fans a seat at the table, inform them about what is going on at their club and make decisions in the best interest long-term.

Fulham FC, Parma Calcio, Portsmouth FC and Crystal Palace FC, but also now Stevenage FC with the first mini bond, are just a few of the well known clubs that decided to create a campaign on your platform. What are the most intriguing projects that you saw so far?

Every club we work with and every campaign we do is truly unique. We have so many amazing stories about fans doing extraordinary things for their clubs. And clubs doing extraordinary things for their fans. So it wouldn’t be right to pick a favourite. We see that there is incredible passion from the fans at every level of society and from anywhere in the world. So far fans from ca. 75 countries have invested through Tifosy. We are very proud of that and keen to increase that number.

As a fintech enthusiast and a football addict working on something like Tifosy seem to me like a sort of wonderland. Please tell me something that is not nice about that!

As you say, I am a very lucky man! Not only was I able to set up Tifosy jointly with my childhood idol who turned out to be a fantastic guy, but I combine all the things I’m deeply passionate about (sports, finance, tech and media).

Alessandro Ravanetti
Alessandro Ravanetti is a writer and editor based in Barcelona. He helps startups with their content strategy, curates the Techstars Startup Digest's fintech newsletter, serves as an independent expert for EU projects, and mentors aspiring changemakers with Bridge for Billions.
RELATED ARTICLES
Funding