Helping teams and organizations to set, track, and achieve their goals – an interview with the CEO of Perdoo 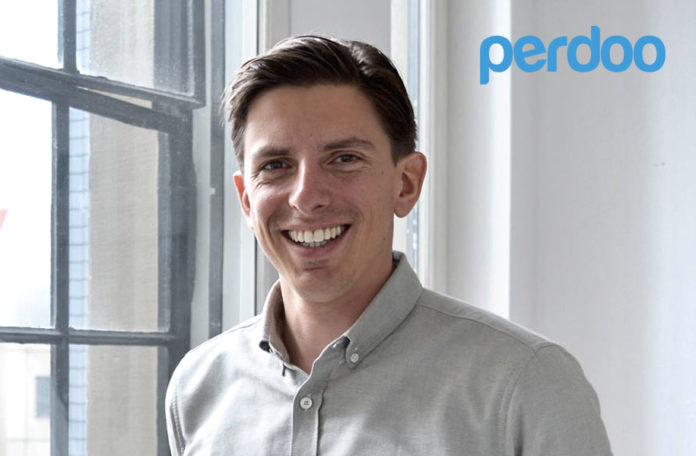 Perdoo is a fast-growing goal management platform that helps companies realize their goals. The Berlin-based startup was founded in 2014 by Henrik-Jan van der Pol and Jonathan Morrice. Their platform is available in English, Dutch, German and Spanish, and thousands of employees in about 260 companies across the world are already using Perdoo. The next step for the young company is the US expansion. Earlier this week we talked to Perdoo’s Co-Founder and CEO Henrik-Jan van der Pol to learn more about the current state of the goal management platform and plans for the future.

How did you and your co-founder Jonathan Morrice come up with the idea for Perdoo and how did it all start?

During my work as a management consultant, I came across many companies that suffer from the same problems: poor strategy execution, a lack of transparency, and disengaged employees. As a result, people are not rowing in the same direction and companies are lagging far behind their actual potential.

At some point, I heard about the goal management framework OKR (Objectives & Key Results) through Google and found that it’s exactly what the modern workplace needs. I was excited about the idea of enabling every organization to set their goals like Google.
When I met my co-founder Jonny at a startup event, it turned out that he was already working on a similar idea. In late 2014, we launched a simple landing page announcing that we’re planning to build an OKR tool. After one month, we already generated 50 signups without any marketing. Encouraged by the demand, we started hosting meetups in Berlin, London, and Amsterdam. With that input, I created a SlideShare presentation on OKR that brought us lots of signups and now has over 350,000 views. That was enough motivation for us to actually get started building the goal management tool.

What were the main stumbling blocks in the first year after founding Perdoo and how did you overcome them?

Finding the right people, both investors and employees, was the biggest challenge for us. We had to make sure we’re all aligned on how we want to build this company and attract talented team members who are eager to join a super early stage startup.

We bootstrapped our company because OKR was still a really young market and it forced us to focus on the essentials. Despite having a healthy cashflow very soon, it was difficult for us to attract investors, again because enterprise goal management was such a young market. Getting MAKERS on board was a game changer for us. The Berlin-based (pre-) seed investor not only helped us with cash but also with manpower. Most importantly, they boosted our own confidence that we were on an interesting track.

How would you explain Perdoo and its unique value proposition to someone who never heard of it before?

What we do is really simple: we help organizations and teams to set, track, and achieve their goals. Goals are a crucial part of any business, as they reflect your ambitions and define what success means to you. Through our platform, everybody is able to focus on what matters most right now, and see how their work fits into the bigger picture. That’s essentially what strategy execution is all about.

Your software is based on the OKR framework. What’s behind all this?

OKR stands for Objectives and Key Results and is a goal management framework that originated at Intel and was later popularized by Google. Its main purpose is to connect measurable company and team objectives, make them transparent, and allow employees to move together in the right direction with full focus. Inspired by Google’s success with the framework, OKR spread out across Silicon Valley companies such as LinkedIn, Twitter, and Zynga. Nowadays companies of all types across the world use OKR.

You just released a new version of Perdoo. How does this new version differ from the old one?

The old version of Perdoo was already popular for its simple and intuitive interface, and a sharp focus on OKR. We wanted to maintain that course, putting everything in a technically improved infrastructure with a great-looking design. The new platform is much better setup to integrate with your day-to-day work. Employees can now add initiatives to their goals, creating a strong link between strategy and execution. Besides that, we’ve put a lot of effort into creating a more guiding environment so every user can become an OKR pro in no time. For instance, the new version has a step-by-step OKR creation wizard that even tells you if you’re setting a good goal while you create it.

What are the next milestones for Perdoo and how is the market developing?

Now that we’ve laid the groundwork with the new version of Perdoo, we want to integrate our goal management platform with any business software stack you can imagine, covering all common tracking, analytics, and productivity tools.

On the business side, we want to gain a foothold in the U.S. market. Germany’s economics ministry BMWi recently selected us for the German Accelerator mentoring program in Silicon Valley to support our expansion with their know-how and network. Looking at the development of the strategic workforce management market, we’re confident that there’s still a massive potential for us to grow. According to IDC, it’s a $5.7B market that will have an average annual growth rate of 12% until 2020.

There are already a few other software vendors that integrate OKR management in HR solutions. Instead of focusing on employee performance evaluation and feedback, we’re putting the company’s success and how everyone contributes to it first.

What’s your vision for the future of work and what’s Perdoo’s contribution?

Companies will have to realize that innovation can’t be in the hands of leaders only. It needs to become a firm part of the company culture, encouraging each and every employee to find new, creative ways to solve problems. People are a crucial resource for companies and probably the one with the most potential currently being wasted.

Purpose will become one of the most important currencies on the job market and a key success factor for organizations. Feeling like the own work is part of something bigger and has an impact already is more important than salary for many young workers. A sense of purpose at work drastically boosts productivity and can make the difference between winners and losers on the market.

With Perdoo we help companies create transparency and a sense of purpose and achievement among their workforce.

You’re originally from the Netherlands. What is your experience with Berlin as a location to start a tech company and why didn’t you choose Amsterdam?

Two years ago, when we started Perdoo, the startup scene in Amsterdam was still quite young. At that time, Berlin definitely had a whole lot more to offer: cheap office space, low cost of living, an interesting job market, a huge network of investors and fellow founders, and simply an amazing city with a unique vibe. Basically all the ingredients that you need to get a startup off the ground.