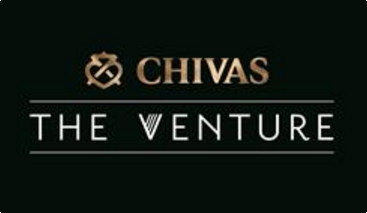 Chivas, the premium Whisky brand from Scotland, created the startup competition “The Venture” to inspire, discover, and reward those who believe that business can be a force for good. With $ 1Million in funding and expert support, The Venture will enable a new generation of social entrepreneurs to create positive change.

The 2nd round of the global competition for social entrepreneurs started in August of 2015. Most recently, there have been picked three German startups as part of the German finals. The startups are:

On the 13th of January, these three social startups are going to pitch at an exclusive event in Berlin in order to find out who will make the race to be the winning startup of the German preselection. The decision will be made by a jury of well known entrepreneurs and investors. Aside of the chairman Frank Thelen (CEO Venture Capital e42), also part of the jury are Christian Reber (Founder & CEO Wunderlist), Dr. Alex von Frankenberg (Managing Director High-Tech Gründerfonds) and Nikolaus Röttger (Editor of WIRED Germany).

These four experts will decide which of the three social businesses gets the ticket to the
international finals, which will be held in the USA, and the chance to win $ 1Million in funding and expert support.

Stay tuned. We will report again shortly after the upcoming event and let you know which of the three startups made it.