Some highlights from the DLD conference 2016 in Munich 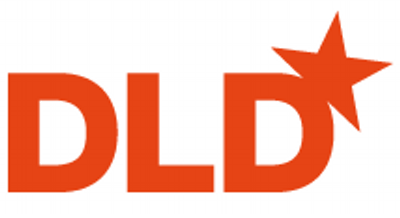 Over the last few days, I attended DLD 2016 – a gathering of over 1,000 opinion-makers, industry leaders, startups and digital giants in Munich. Here are my highlights from the event:

1. The “disrupt the banks” panel discussed the effects which alternative payment models may have on banks, and what we can expect to change in the future. One of the panelists was Jeff Stewart, the founder of Lenddo, a service that empowers the emerging markets’ middle class to use their online mobile-social connections to prove their creditworthiness and access local financial services.

2. I met Leila Janah, the founder and CEO of Sama, a nonprofit that has moved over 30,000 people out of poverty through digital work in Africa, Asia, and Latin America. Sama trains low-income women, youth, and refugees from very poor backgrounds to complete basic digital tasks from local computer centers, helping them earn a living wage.

3. Don Tapscott, author of “The Digital Economy” and founder of Global Solution Networks, spoke about the BlockChain that might disrupt many industries, not just finance. I liked this slide:

4. Mike Butcher (TechCrunch) introduced his Techfugees initiative. On the refugees panel was also Anne Riechert, who is educating refugees to become programmers. “92% of the refugees would like to go back home and they are just like you” – said Jody Williams on this topic in Munich. Jody received a Nobel Peace Prize in 1997 for her work to ban landmines.

5. World Food Programme is launching an Innovation Accelerator in Munich. “The food sector has no affinity to technology. Hence next to zero digitalization so far,” – said Olaf Koch, CEO of Metro at DLD16.

6. Allianz CEO Oliver Bäte said the insurance giant has a lot of money to invest in innovative projects, but at the same time does not think disruptions will be easy in the healthcare sector-insurance. He recommended to focus on innovations in nutrition.

7. Nouriel Roubini, professor at Stern School and author of Crisis Economics, estimated 50% US jobs could be replaced by tech within 10 years.

9. During DLD, the WhatsApp CEO made the big announcement to drop its $0.99 annual subscription fee, and its plans start testing out more commercial services.

10. If you missed DLD 2016 and want to check out some of the talks and panels, make sure to visit the DLD Youtube channel.