Oxygen Accelerator and Fiedler Capital partner to back the CEE startups 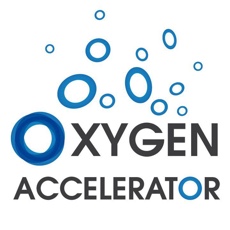 AcceleratorYesterday, one of the Europe’s most known accelerators, Oxygen Accelerator, announced the launch of our new programme exclusively for CEE startups, backed by VC firm Fiedler Capital, starting in Spring 2015. The announcement was made live on stage at How To Web 2014 in Bucharest by Simon Jenner, Oxygen CEO alongside Robert, Walter & Jordan from Fiedler Capital.

Oxygen, based in in Birmingham UK, will grant each team with €21000 in exchange for 8% equity, and for 13 weeks the teams will be based at Oxygen HQ , working alongside Oxygen’s experienced team and Fiedler Capital. Applications are now open for the best tech startups from Central and Eastern Europe and the Baltics.

Simon Jenner, Oxygen CEO, said: “We’re thrilled to be partnering with VC firm Fiedler Capital on this new programme. They’re a fantastic team and through combining our networks and our extensive knowledge and expertise of the Eastern European, British, and American startup ecosystems, we’re confident that this programme will give your startup the best chance of success.”

The benefits of joining Oxygen Accelerator are numerous – collaborative environment, peers that are as hungry and hard-working as you, and access to our close-knit network of startups, mentors, investors and trusted advisors who will always fight your startup’s corner. After the 13 weeks, startups will pitch to a selected panels of angel investors, VCs and private equity firm on the Demo Day.

Next steps for the Oxygen team will be organizing the 14 day Oxygen Roadshow in Eastern Europe, with the aim of talent scouting and sharing best startup advice with Eastern European startups.

If you’d want to join Oxygen and meet them just drop them a line on [email protected] But, if you’d like to apply to the program, head our application form, open until 8th February 2015.