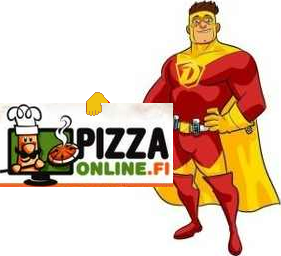 Just a few weeks after the acquisition of OnlinePizza Norden Group the Berlin-based Delivery Hero, a global network for online food ordering, continues to expand into Scandinavia. Delivery Hero today announced the acquisition of Pizza-online.fi for a single-digit million amount. The Berlin based startup already had a minority stake at Pizza-online.fi.

Delivery Hero, started by the German company builder Team Europe in 2010, has become one of the world’s leading online food ordering services in only 18 month. Worldwide Delivery Hero has over four million customers and 19,000 partner restaurants and delivery services on four continents. According to Delivery Hero, revenues on the platform will be more than €250m this year. In the first quarter of 2012 the networks orders increased by 84%.

Niklas Oestberg, the co-CEO and one of the founders of Delivery Hero, stated: „Pizza-online.fi send its partner restaurants €25m in revenue this year. With Delivery Hero we plan to double this number next year“.

At year 2012 Pizza-online.fi delivers online orders to almost as many as 700 different restaurants across Finland and the service contains largest Finnish fast food chains like Kotipizza, Pizza Express and Pizza Service. The service has over 300,000 users and it delivers around 1,5 million orders in a year that that contains almost 5 million portions of food. Pizza-online.fi is based in Kerava and has 11 employees.

The team of Delivery Hero is heading to build the global leader in online food ordering and has already received €40m from investors. The young company has more than 400 employees around the world – with 250 staff working from its Berlin headquarters. Most recently, Delivery Hero stated that it is already market leader in Finland, Poland, Austria and Sweden and fast growing in markets like Great Britain, Sweden, Russia, Australia and Mexico.