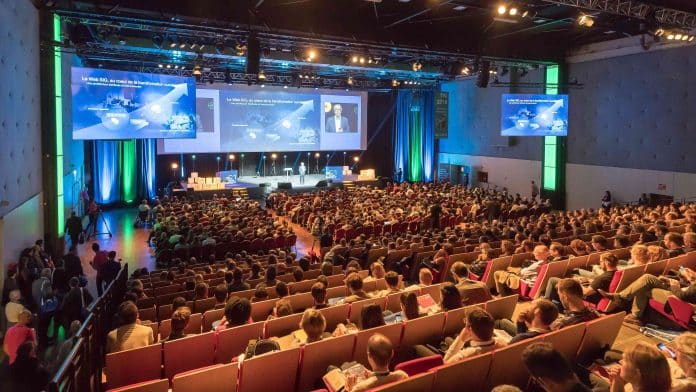 ‘SOLOM – SOCIAL-LOCAL-MOBILE’: this is the theme of LeWeb 2011, which will again take place in Paris (Update – January 2023: The event seems to be no longer in business via this link and we therefore deactivated the link).

LeWeb is known as one of Europe’s greatest web conferences, bringing together the region’s top innovators and business minds. Last year we attended the event and provided a run-down of what we thought to be the most interesting talks and panels, which you can watch retrospectively online here.

This year, for the first time LeWeb is back for 3 day from 7-9 December, 2011. Around +3,000 participants from  60 countries are expected to attend, compared with the +2,000 who attended for the last edition.

For further information just listen to Loic Le Meur, a French entrepreneur and blogger, who is also the founder of LeWeb, talking about the event:

Speaking of events, do you have your ticket yet for the upcoming EU-Startups Summit?