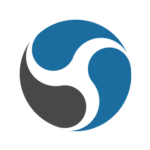 Portal combines elements which are unique for this kind of projects, such as social, gaming, informational and editorial features, providing the readers with news and multimedia from the world of games. Thanks to the integration of the informational and entertaining functions, users can find everything they need in one place. Editorial staff publishes professional content and materials in the form of reviews, articles, reports and videos concerned with not only games, but also popular science.

Social aspect of the website involves gamers taking part in creating the biggest and most complete Polish MMO base, which is supplemented and expanded by the readers and fan clubs. Each gamer can judge their favourite games and influence their position in a variety of rankings that update in real time. An expanded profile showing the silhouette of each user adds to the entertainment by allowing to get ranks and awards.

Rich in content game base is the integrating point of the two functions of the website – on one hand, the editorial staff creates and publishes professional press releases, on the other hand, the readers themselves supplement and generate additional content. Thanks to this, the vision of creating a complete MMO Game Compendium is carried out.

Another distinctive element of Portal MMO is the unique game duel system, based on the aforementioned base. Each reader can take part in duels between particular games and decide, which is more attractive. The fiercest and closest duels indicate, which games are most popular and elicit the strongest emotions. Created by the players, rankings of the Best MMO Games ensure the high reliability of the matchings, while the rich base provides authentic gaming information.

—————————–
The producer of the project is the Polish company SuperNova Interactive present in the computer industry since 2008. Implementation of several dozen projects covering various spheres of IT (including games development) resulted in gaining high competence in the field of internet entertainment. Portal MMO is the latest start-up launched by the company. The companys website: www.supernovainteractive.pl
Based in:
Szczecin
Tags:
social, gamers, portal
Founded:
2015
Website:
http://www.portalmmo.pl

💡 You’re a corporate or investor and looking for startups that are innovating in the same market as Portal MMO? We’re happy to assist you with our Startup Sourcing service.
Startup News – sorted by country
Receive our weekly Newsletter
This Week’s Popular Posts