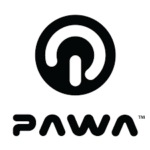 Business Name:
Pawa
Category:
Norway
Business Description:
Pawa is free energy to generate income. Pawa is power in your hands. Pawa differs from other companies  in the personal energy category  with its FREE ENERGY from a MOBILE, PERSONAL, and MODULAR system.
Marketed and sold by its CUSTOMERS. Pawa is the only African energy  system that generates income  for each customer.
Based in:
Oslo
Tags:
electricity., Consumer Electronics, Energy
Total Funding:
Between €1-€100K
Founded:
2016
Website:
https://pawa.it/

💡 You’re a corporate or investor and looking for startups that are innovating in the same market as Pawa? We’re happy to assist you with our Startup Sourcing service.
Startup News – sorted by country
Receive our weekly Newsletter
This Week’s Popular Posts