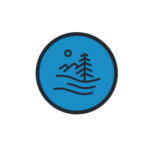 Category
Portugal
Business Description
We aim to inspire human creativity and help build indie games that people love by allowing indie game developers to live off their work. We happen to be the first game pass exclusively for indie games.

We created Indie Games Pass to give indie game developers access to a game pass model. Allow them to release their games earlier, inspire them to create awesome indie games, and reach an engaged community of gamers.

Indie Game Pass is an opportunity for gamers to broaden their horizon and discover new indie games and genres that they would never play before, but that they tried and developed a taste for them.

We encourage you to release in early access mode as soon as possible. We set aside part of the additional money from the two top subscriptions that give access to early released games to help you with additional funds and get their indie game up and running.

So if you have an indie game or want to play indie games check out our website.

💡 You're a corporate or investor and looking for startups that are innovating in the same market as Indie Games Pass? We're happy to assist you with our Startup Sourcing service.