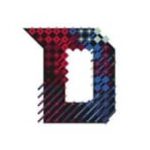 Dugout
UK
Dugout is an innovative new digital football platform which takes fans off pitch and behind the scenes of the beautiful game. In a world first, Dugout gives football fans one single place to connect with their favourite clubs and players and away from the noise of multiple social media and news sites. Dugout has already received unprecedented support from the global football community and shareholder clubs include: Arsenal FC, Chelsea FC, Manchester City FC, Liverpool FC, Paris Saint-Germain FC, FC Bayern Munich, FC Barcelona, AC Milan and Juventus FC plus many more across Continental Europe and the rest of world. Dugout hosts exclusive content created by the clubs and players for at least 24 hours before it is seen anywhere else, making it the primary source for fans to get to exclusive news on the clubs and players that they love.
London
Internet, Media and Entertainment, Sports
Between €5 million-€10 million
2016
dugout.com/
💡 You’re a corporate or investor and looking for startups that are innovating in the same market as Dugout? We’re happy to assist you with our Startup Sourcing service.
Startup News – sorted by country
Receive our weekly Newsletter
This Week’s Popular Posts