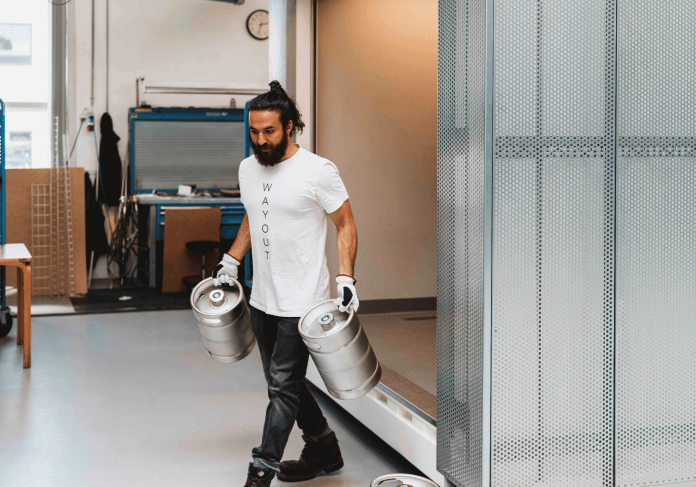 Stockholm-based Wayout is on a mission to offset the need for bottled water, paving the way out for single-use plastics. The startup has just raised €6 million to scale up its safe drinking water distribution system.

There are 66x more plastic bottles than people in the world. Read that again. It’s quite a shocking statistic and it highlights a problem that is polluting our world. Plastic bottles, which are generally single-use, are leaving behind an enormous climate footprint and it’s high time something is done about it. It’s reported that plastic waste accounts for 90% of all the rubbish floating in our oceans – and a substantial part of that comes from the 92% of plastic bottles that aren’t recycled every year.

Stockholm-based Wayout is on a mission to tackle this problem. The impact-driven innovators have created a way out of this plastic problem, removing the dependence on plastic bottles of water by instead offering minimal eco-footprint water systems that distribute scientifically perfected, safe drinking water locally across different geographies. The startup has now raised €6 million to roll out its water-as-a-service model on a large scale.

Ulf Stenerhag, CEO of Wayout International: “Wayout’s business concept of producing water locally means dealing with several sustainability challenges at once. What sets us apart is that we have a solution that goes from cleaning water to supplying consumers. Our unit can clean anything from salt water to industrial wastewater. We purify it down to pure H₂O and then add minerals to make it healthy drinking water. We have a 360-degree approach to water supply and are with you all the way. It is one of our success factors.”

On average, every person consumes more than 100 litres of bottled water per year. Not only does an enormous amount of plastic from these bottles enter our oceans, but it also involves more than 40k trucks distributing the water on a weekly basis – not to mention planes and ships.

Wayout’s containerized solution, patented and developed together with partners such as Alfa Laval, Siemens and Ericsson, is easy to install and operate, and has a per unit expected lifetime of 30 years. A single Wayout system can supply 3,000 people with clean and safe daily drinking and cooking water with zero byproduct while helping to eliminate the use of approximately 6.5 million plastic bottles and prevent the release of over 500 tons of CO₂ per year.

Alongside this pioneering hardware is equally unique software, whereby the system continuously measures and stores data on water purity in a digital chip. Through a combination of edge and cloud-based structures, the container and its parts communicate essential information and consumption data to the user and operator, allowing users to monitor their water drinking habits and the purity of the water consumed.

In addition to the climate impact of bottled water, the negative health effects of water subject to plastic containerization and non-qualified filtering processes are getting increasingly severe. Phthalates, also called plasticizers, are a class of man-made chemicals used to make water bottles and other plastics more durable and flexible. Phthalate exposure has been warned against because of how the chemicals affect a person’s endocrine system, which is the system that produces and releases hormones. Such chemicals have been linked to a host of reproductive, immune, and neurological disorders, including gestational diabetes, ADHD, fertility issues, liver disease in children, asthma, and an increased risk of breast cancer.

Clearly, a solution to this plastic problem is needed. The consequences are far-reaching and growing increasingly worrisome. Wayout’s solution is a viable path towards offsetting the need for bottled water – and this impact-driven mission is what inspires the company as well as attracting investment.

Malin Carlström, General Partner at Climentum Capital: “Shipping around water via fossil fuel driven vehicles in fossil-based containers makes absolutely no sense. With the Wayout system, there is a guarantee that the water has not been tampered with, which is an essential criterion in order to enable consumer behavior change. We are also very fond of the “Water as a Service” business model in conjunction with the robustness of the system, as these are two factors that will enable a successful and profitable roll-out on a large scale.”