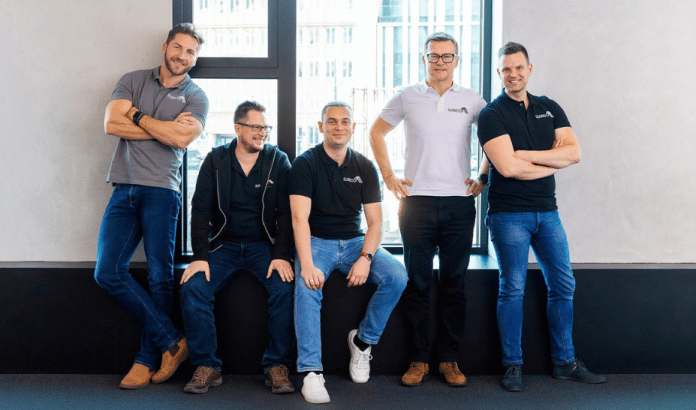 In an extension to its September funding round, Swedish startup SunRoof has raised an additional €13.5 million to supercharge its international expansion. The startup is pioneering tech innovation in the solar market through its innovative solar roof system.

The transition to renewable energy has become one of Europe’s major priorities at the moment. It’s a transition that is vital to the future environmental and societal health of our planet, and it will also make Europe more energy independent and immune to global price fluctuations. Within this context, together with rising climate consciousness and rising energy prices, demand for solar panels is soaring.

Not only do consumers want to transition to this renewable energy source, but the public sphere is also actively encouraging it. The European Union, for example, is set to make solar panels mandatory on all new buildings from 2029. Yet the wider sector is struggling to keep up with demand, with a lack of skilled installers to serve the growing customer base across the continent.

SunRoof is a Swedish startup tackling this problem. Leveraging both its own end-to-end platform and installation tech, SunRoof has now raised new investment in an extension to a €15 million round raised in September 2022 to scale internationally as demand continues to grow and the company becomes a household name.

Founded in 2013 by brothers Karol Kaniuk and Lech Kaniuk, SunRoof was created to accelerate the global transition to renewables. The startup develops integrated solar roofs that, by generating electricity, will cover the energy demand of the entire building.

Lech Kaniuk, Co-Founder and CEO of SunRoof, said: “In Europe, we’re facing two crises: the climate and the energy crises. SunRoof is enabling consumers, businesses and governments to access and benefit from independent, regenerative energy and end the overreliance on fossil fuels. I’m delighted to have this brilliant consortium of investors on board, who collectively are the best possible combination of funds for SunRoof at this growth stage. Thanks to this group of brilliant climate investors with resources to provide hands-on support and connections to their respective networks, I truly believe we will be able to accelerate our growth even further and will be well-positioned to rapidly conduct our international expansion at the end of 2023.”

The building-integrated solar roofs are shaking up the solar power market, offering homeowners a complete end-to-end energy management system that is aesthetically pleasing at the same time. By combining innovative tech with cutting-edge energy data logging software, SunRoof is on a mission to build the largest, smartest network of connected, solar homes in the world.

The 2-in-1 solar roofs are the foundation of SunRoof’s platform. These roofs generate electricity without having to use traditional top-mounted photovoltaic modules. By combining traditional materials with state-of-the-art energy-capturing technology, SunRoof not only makes the most productive solar roofs, per square meter, anywhere in the world, but it is able to keep costs low. Further, it reduces carbon emissions as the roofs use fewer resources and materials than traditional roof and PV installations.

Alongside proving installation of the roofs, SunRoof also provides energy storage and a digital platform where customers can track their roof’s construction. Then, once installed, customers can get oversight of their energy production and consumption via an app.

Tim Schumacher, General Partner at World Fund, said: “Solar panels are one of the most effective tools we have to pioneer a regenerative future and combat the climate crisis yet there is still a lot of reticence from prospective customers, not to mention the supply chain challenges and installation crisis which are holding back the industry. SunRoof’s solution is the kind of thinking we need to tackle the climate crisis and prevent megatonnes of C02e from entering the atmosphere.”

It’s been an exciting year for SunRoof who are now kicking off 2023 to a good start. The company has reported 300% growth year on year and the team has increased 13-fold since January 2020. Now with customers in Sweden, Germany and Poland (and pilots in the US), this funding will help supercharge market expansion.

Rasmus Lund, Investment Partner at Nordic Alpha Partners, said: “Due to its efficient core product servicing a large and fast-growing market favoured by non-cyclical tailwinds and a digitised market approach which has already proven successful in different markets, Sunroof is poised to convert its current regional front runner position into becoming a European category leader in the booming BIPV space.”

The firm is also prioritising product development. It’s currently building an ended-to-end software platform that covers the whole journey – from customer orders to operations and delivery. Using this, it will create predictive models that can anticipate demand and ensure it always has the right stock at the right time. This tool will be fully launched in early 2023.

John Bromley, Managing Director – Clean Energy Strategy, Legal & General Capital, said: “Legal & General Capital is investing in the energy transition to support the scale up of innovative businesses that deliver solutions to reduce carbon emissions throughout the economy, and over the past six years, our investments have focused on decarbonising power, transportation and the built environment.  We are delighted to invest in SunRoof, a business bringing innovation in design and customer experience to rooftops across Europe, to support homeowners and businesses in their transition from fossil fuel generated power.  We look forward to working with our new partner as SunRoof accelerates its growth into new markets globally.”