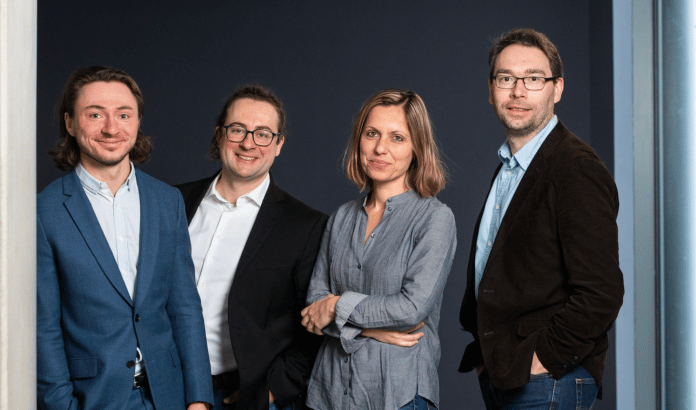 Quantum computing is a rapidly emerging technology that is promising to shape the future of tech development and how we function in society. The technology harnesses quantum mechanics to solve problems too complex for classical computers – giving answers and solutions to emerging challenges.

As the tech emerges and develops, startups and innovative minds are helping shape the future of quantum computing. French startup Welinq is on a mission to scale up quantum computing by interconnecting quantum processors. The team has just raised new investment to develop its product.

Founded in 2022 by Tom Darras, Julien Laurat, Eleni Diamanti and Jean Lautier-Gaud, Welinq was launched to provide solutions to the scale up of quantum computing. The team discovered that interconnects are a way to scale up quantum computing beyond the thousands of qubits range, the regime required to enable its full potential, while also being the core element of long-distance quantum information networks.

Tom Darras, CEO and co-founder of Welinq: “Quantum memories have been identified today as the key missing hardware for the scale-up of quantum technologies. Not only must these devices be deployed on the market at the earliest, but they also need to show extremely high performance and robustness if we want them to truly impact industry and society. We are happy to be joined in this project by investors with strong expertise in quantum technologies and who are sharing our ambitions for the future of quantum technologies.”

Welinq develops quantum interconnects based on neutral-atom technology which enables the storage and on-demand release of quantum information without altering its properties. By leveraging laser-cooled neutral-atom technology, the team has demonstrated with 90% the world record in storage-and-retrieval efficiency – a parameter indicating how much of the information is retained through the process without being lost on the way – with a qubit fidelity above 99%.

The Paris-based team is now developing its first product of highly-efficient quantum memory, which will be integrated, transportable and deployable in quantum computing and quantum communication infrastructures.

Christophe Jurczak, partner at Quantonation: “At Quantonation, we believe that the development of efficient quantum interconnects is a pillar for the whole quantum infrastructure and a path to accelerate real-world applications. The founding team has a groundbreaking expertise and a clear path to be impactful. We are excited to start this journey with Welinq.”

Dmitry Galperin, a Berlin-based General Partner at Runa Capital: “When I first met Welinq’s team I was very impressed by their unique technology and the major impact that it can have on quantum computing scale-up. We are happy to stand with this founding team that gathers diverse backgrounds and a common strong ambition for the future of quantum interconnects.”