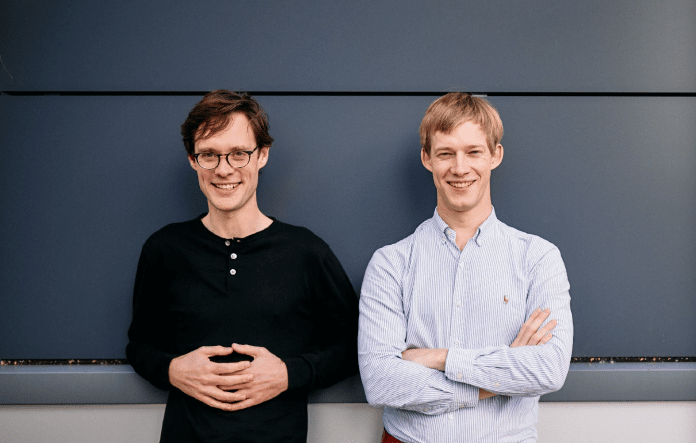 UK-based tech startup Oxford Ionics has just raised over €34 million to unlock a more powerful future for quantum computing. The tech has been touted as capable of shaping the world’s future, addressing societal problems and challenges, and Oxford Ionics is on a mission to lead development in this space.

Founded in 2019, Oxford Ionics is a startup aiming to push forward quantum computing – a new area of tech development that is believed to have a big influence in the future. Quantum computing is a process that uses quantum mechanics to solve problems that are too large or complex for traditional computers.

Oxford Ionics, founded by Dr Chris Ballance and Dr Tom Harty, wants to solve one of the key challenges in this emerging space – scalability. The startup has now raised new funding for its approach which involves using trapped ions.

As the quantum computing space evolves, multiple technologies are competing to create a more powerful quantum future – and trapped ions seem to be among the most superior. The highest-performing quantum systems to date have all been powered by trapped ions, and of those systems, Oxford Ionics’ is ranking highly.

Dr Chris Ballance, co-founder of Oxford Ionics said: “If we’re to identify and unlock the true power and potential of quantum computing we need to crack the critical issues that are holding it back – scalability, integration and performance. Our unique trapped-ion approach has been developed to address all three. At Oxford Ionics, we’re focused on building technologies that will help quantum computing finish the race, not just take small, incremental steps. Our latest round of funding, and the knowledge, insight and expertise of our new investors bring us even closer to this goal.”

What makes it stand out is the team’s unique approach. Until now, trapped–ion systems have largely relied on lasers to control qubits. This approach performs well for small processors, but becomes untenable and error-prone as the size of the processor scales, and the number of qubits increases.

Instead of lasers, Oxford Ionics’ trapped-ion processors use a proprietary, patented Electronic Qubit Control (EQC) system to control the qubits. This allows them to combine the unrivalled quantum performance of individual atoms with the scalability and reliability of electronics integrated into silicon chips.

It gives the tech a higher performance as well as makes it more scalable.

Since 2019, the Oxford-based team has grown 10-fold. Today, the Oxford Ionics team is made up of the brightest minds across the quantum sector who between them have over 100 years’ of expertise in this space.

Will Goodlad from Oxford Science Enteprises said: “Through its unique approach, developed by some of the world’s best minds in the quantum space, Oxford Ionics is laying the foundations to finally make quantum computing a scalable, integrable and viable option. Building on more than a decade at the forefront of this sector, Chris, Tom and the team have been able to demonstrate, time and again, that their work in the lab can, and will, extend to the real world and we’re thrilled to be joining them on this journey.”

Now, with this new funding, the team wants to keep growing with plans to hire people in roles across the company’s functions. From software developers and engineers to designers, scientists and a growing back-office team.

Niels Nielsen, co-founder of 2xN said: “Quantum computing opens up the next frontier in computing power for many industries yet getting there requires the development of qubit technologies that can be built at a massive scale. All without sacrificing power, and while keeping error levels to a minimum. Oxford Ionics’ EQC technology offers a path to bringing the power and potential of trapped ion qubits and integrating it into classical semiconductor processes.”