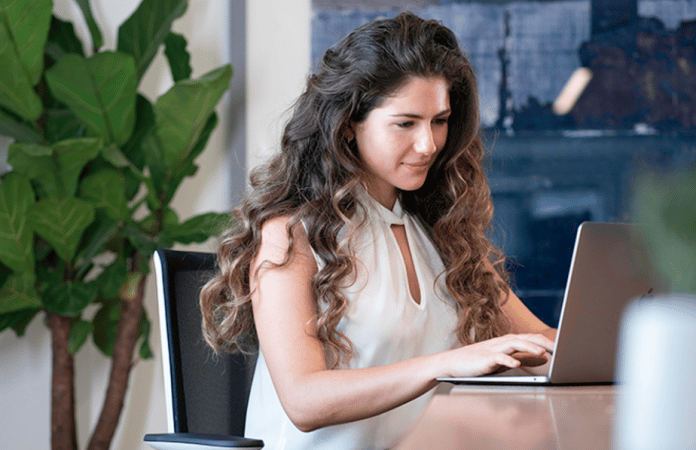 Nestled in the southeast of Europe, Greece is viewed across the world as an idyllic destination. From the beautiful white-plastered towns and villages to the sky-blue waters and Elysian islands, it’s a country many of us have on our bucket lists to visit.

Historically and culturally, Europe has a lot to thank Greece for. It is, after all, the birthplace of western society and the original home of democracy and philosophy. It’s a country with innovation, creativity and invention rooted in its core identity.

When it comes to business and entrepreneurship, Greece is now starting to catch up with its fellow European countries. Hit particularly badly by the financial crisis of 2008, the nation has been working hard to rebrand itself and position itself on the map for financial success. This rebranding process has been promoting Greece as a hub of innovation and a place from which to nurture and grow successful business ideas, with the aim of catching the attention of both innovators and investors.

One thing is clear – Greece is a resilient country. Since the financial crisis, the country has been able to develop its own growing startup ecosystem – thanks in part to the diaspora population, connections with Grecian universities, and entrepreneurial communities.  In 2021, Greek startup funding hit over €500 million and a number of soonicorns caught European attention.

So, with this in mind, as we enter into a new year, we decided to chat with Angeliki Pittarokoili from Endeavor Greece to find out more about the Grecian startup ecosystem, and what we can expect for the year ahead. Angeliki was able to share insights on the Greek diaspora, the peculiarities of the local entrepreneurs and the state of things in the local startup ecosystem, touching on success stories and the critical role played by universities.

According to Angeliki, Greece has been undergoing a monumental transformation over the past 5 years. This rebranding of Greece from a country of crisis to one of opportunity is now paying off – and 2023 has lots of potential for growth.

“Covid-19 had a huge impact on the Greek market – and not everything was bad. It pushed the digital transformation of the Greek public sector forward, ameliorating bureaucracy, and gave Greece the opportunity to showcase great crisis management skills abroad and become a country of reference for that. Rebranding Greece was crucial after the well-known economic crisis, and it is interesting how another crisis gave the opportunity to reintroduce the country to the world.

As talent seems to be one of the most important elements for businesses to succeed, Greece has a huge advantage. During the last 5 years, the country attracted many new investments, not only in Athens, where many talented executives are located but also in smaller cities with technical universities, skilful students and great quality of life. From Amazon Web Services’ new office in Athens to Pfizer’s new base in Thessaloniki, Microsoft’s three new data centers with an initial €100 million investment and Panther Labs, TeamViewer and P&I opening offices and hubs in the country, all of these examples showcase the momentum in Greece.

That said, at the moment, there is a significant drop in investments worldwide, and the messages for the development of the global economy in the coming years are not encouraging, not even for the tech sector that has been blooming during the last decade. This drop is also apparent in the Greek startup scene.

What is really interesting, though, is that Greek entrepreneurs are resilient. They have survived long-term financial challenges and are more prepared and shrewd than ever before, and therefore they have an advantage. They are worth betting on. Additionally, the communities supporting the Greek ecosystem are larger, more active and more outgoing than at any time in at least the last 10 years.

The challenge here is to move fast and work with consistency on a clear plan. Improving infrastructure, involving universities and the education ecosystem in the modernisation of entrepreneurship, and working on an international campaign that will put Greece on the map and catch investors’ and entrepreneurs’ eyes, would be high on that plan.”

Launching a company in Greece

One thing that can make or break a startup ecosystem is bureaucracy. Running a startup is never easy – regardless of which country. There are endless challenges to overcome in running a business, and bureaucracy is just one of them. So, what’s the situation in Greece?

“Setting up a company or establishing offices in Greece has definitely become easier because of the bureaucracy amelioration and has some significant advantages, e.g. well-trained workforce, affordable cost of living, broad use of English, the Greek way of life, meaning the people, the food, the climate, the entertainment.

When it comes to the idea stage and seed funding stage, there are lots of initiatives that can support entrepreneurs. Elevate Greece is the official startup database platform where entrepreneurs can register and receive benefits and prices. Universities like the Athens University of Economics and Business urge students to take part in entrepreneurship competitions and also have incubators. There are also organizations like Envolve, incubators like Higgs or initiatives like EGG, that can be very helpful to new entrepreneurs to put their ideas into practice.

When it comes to scale ups and more advanced startups, Endeavor Greece, the Greek office of the Endeavor Global community, can make a difference. We currently run two big programs in Greece, the Endeavor Entrepreneurs Program, which is the global flagship Program of Endeavor that is turbocharging the journey of fast-growing entrepreneurs in 43 markets, providing them with a best-in-class seal of approval, an unrivaled global network to scale faster, and an impactful platform to pay-it-forward. We also run the Scale Up Program, which supports the next generation of fast-growing high-tech companies with prospects for having a significant impact on the future of the Greek Innovation Ecosystem by providing knowledge and facilitating connections.

When it comes to the Greek market, it is also worth mentioning the great contribution of Greek VCs to entrepreneurs. They not only invest their money but also dedicate their time and knowledge to make sure that founders have all the assets they need in order to succeed.”

Greece’s startup ecosystem has really flourished in recent years. Social and leisure, transport and foodtech are the biggest growing market areas  – startups that are aiming to improvise lives and leave an impact. Different Greek startups aiming to make lives easier for people have been acquired by European giants, reflecting that Grecian innovation and approaches are popular across the continent.

“Delivery Hero acquired 2 successful Greek startups from the delivery sector: in 2015, Efood, a platform that enables its users to easily order food online and receive it at the location of their choice, and in 2020, Instashop, the largest on-demand multi-vendor marketplace for ordering groceries, pharmacy & other products within the MENA region for $360m, the largest exit ever for a Greek-founded startup. The company was founded in Dubai by 2 Greek founders and currently has offices and operates in Greece.

Another well-known case is BEAT, the ride-hailing  app connecting taxi cabs and consumers, which was acquired by MyTaxi, the subsidiary of Daimler AG, in 2017. Other interesting cases in the consumer, retail tech sector are Spotawheel, which offers a stress-free way to find a great used car, delivered directly at your doorstep and announced a €100M funding round last year and  Skroutz, an e-commerce platform intended to connect online shoppers with merchants.

In the PropTech sector, Blueground should definitely be mentioned as it is a global company with a curated network of 10,000+ quality, turnkey, move-in ready homes enabling people to live flexibly wherever they choose.

Moving into the edtech sector, there is Hack The Box, the leading gamified cybersecurity upskilling, certification, and talent assessment platform that announced last week its Series B investment round of $55 million led by Carlyle, also joined by the Endeavor Catalyst Fund.”

Diversification is imperative to developing a thriving startup ecosystem. Depending on just one city, or just one market, leaves the entrepreneurial community vulnerable and at risk of limiting itself. According to Angeliki, this is something the Grecian startup ecosystem is aware of, and, thanks to the connections with universities, there are different cities offering different benefits for startups.

“There are indeed some Greek cities emerging as tech hubs. First, there is Thessaloniki, the second largest city in the country, where Pfizer and Deloitte have made investments. Also, Patras, which is located just 2 hours from the capital with a big port, a technical institute and two universities – welcomed PwC’s new Technology & Innovation Hub and will be the home of the Center of Excellence created by Google in cooperation with Deloitte. Last but not least, Ioannina, with great local universities and lots of talented computer science students – it’s the place where P&I and TeamViewer chose to set up R&D bases.

The local universities and the talent they generate have been key factors for these investments, and I believe that this rationale will lead more entrepreneurs to consider opening offices in other Greek cities as well.”

The role of diaspora

Greece itself is home to about 10.6 million people – and its diaspora population totals about 5 million. This gives the country the chance to leverage learning and experiences from across the globe – something which is undoubtedly beneficial in generating entrepreneurial success.

Among the most interesting diaspora startups are BetterUp, Cameo, Epignosis, Matternet, NovaCredit, TileDB, LifeBit and Jokr, while there are also many Greeks in key C-level positions worldwide eager to help grow and advance the local market and offer valuable mentorship and support to the Greek founders.”

Looking to the year ahead

So, what does 2023 have in store for the Greek startup scene? What verticals should we be watching? And what do Greek founders need to keep in mind?

“The verticals with the most potential for growth will probably be the ones that can withstand the recession and be part of this year’s trends. It is tough to make predictions since this year will be challenging and with unexpected turns, but looking at the Greek Startup Ecosystem right now (both in Greece and also the Diaspora), it is likely that the healthtech sector will continue to grow, along with the fintech and the sustainability verticals.

Even the companies in the most resilient verticals will have to focus on building stable, profitable businesses to emerge as winners.

Some key points founders can focus on are:

Also, it seems that investors will take into account more and more the experience of companies’ executives and the people who support them.”

Alessandro Ravanetti
Alessandro Ravanetti is a writer and editor based in Barcelona. He helps startups with their content strategy, curates the Techstars Startup Digest's fintech newsletter, serves as an independent expert for EU projects, and mentors aspiring changemakers with Bridge for Billions.
RELATED ARTICLES
Greece-Startups

10 promising Greece-based startups to watch in 2021