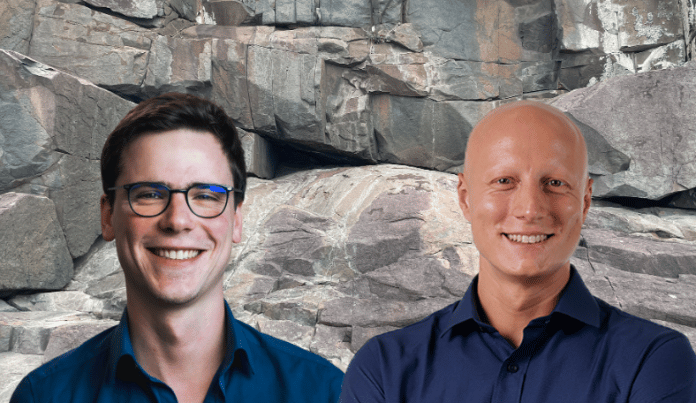 German-Brazilian startup InPlanet has identified a scalable way to tackle the climate crisis: Enhanced Rock Weathering. The GreenTech company has just closed €1.2 million in fresh investment to scale its solution in the tropics, aiming to create a carbon-zero future.

Removing carbon from unavoidable emissions is a key way to protect life on earth. While governments, businesses and organizations around the world push towards a place of net zero – it is through a combination of removal, offsetting and reduction that we will get there. As a result, we’re seeing lots of innovative approaches and solutions that will help us get there, and help create a happier planet for generations to come.

InPlanet, a startup with German and Brazilian roots, has one solution: Enhanced Rock Weathering. It’s a process that promises to remove carbon from the atmosphere in a way that is scalable, affordable and safe. It just raised new funding from impact and climate investors to grow.

InPlanet was founded in 2022 by Niklas Kluger and Felix Harteneck after a trip to Brazil uncovered the potential of Enhanced Rock Weathering (ERW) for carbon removal in the tropics.

Throughout the earth’s history, most of our atmospheric carbon dioxide has been removed through the weathering of silicate rocks. They react with water and carbon dioxide to create dissolved bicarbonates. These eventually wash away through groundwaters and rivers into the oceans, where they then form carbon-rich sediments.

InPlanet aims to accelerate this natural process. The solution distributed suitable rock powder on agricultural land in the tropics – where the climate and soil provide optimal weathering conditions.  In addition to the ability to remove carbon from the atmosphere, Enhanced Rock Weathering regenerates tropical soils and fertilizes crops. This allows farmers to reduce the input of limestone, synthetic fertilizers and pesticides. Therefore, the innovators are helping to reduce emissions as well as encourage a more sustainable way of farming.

With this new funding, the young team plans to expand. The goal is that through 2023, 50k tons of rock powder will be spread, capable of removing 10k tons of carbon dioxide.

Felix Harteneck, CEO and Co-Founder at InPlanet: “We are thankful for the support of our pre-seed investors and excited to use the funding to grow our current team. In 2023, we plan to spread 50.000 tons of rock powder to remove 10.000 tons of CO2 . This will allow us to generate unique and scientifically valuable data to understand the weathering process in the tropics even better”.

Share
Facebook
Twitter
WhatsApp
Linkedin
Previous article
The importance of confidence, seizing opportunities and having a support system | The story of a young female entrepreneur, Romy Lynch
Next article
Weekly funding round-up! All of the European startup funding rounds we tracked this week (Jan 16-20)