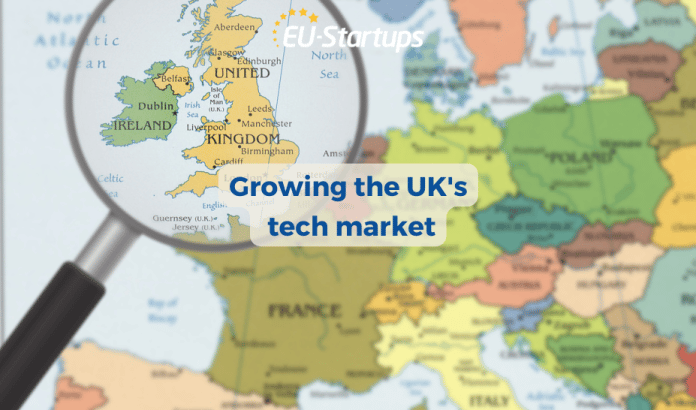 Despite a challenging year to overcome, the UK has managed to retain its leadership position in the European tech sector and has reached a combined market value of $1 trillion, according to new figures from Dealroom for the Digital Economy Council.

2022 has been a rollercoaster year on a global level. From the climate crisis and war hitting European borders to soaring energy prices and rising inflation – there’s been a lot to contend with. And that’s without even mentioning political rollercoasters, which have perhaps impacted some regions more than others.

Despite the turbulence, the tech sector is still growing – and it looks like the UK is leading the way in Europe.

Digital minister Paul Scully said: “UK tech has remained resilient in the face of global challenges and we have ended the year as one of the world’s leading destinations for digital businesses. This is good news and reflects our pro-innovation approach to tech regulation, continuing support for start-ups and ambition to boost people’s digital skills.”

According to data from Dealroom for the Digital Economy Council, fast-growing UK tech companies have continued to raise at near-record levels and the country has now hit a market value of $1 trillion – third to do so behind the US and China.

Thanks to consistent growth, the UK is now the third country in the world to reach a market value of $1 trillion in the tech sector – after the US and China. This means the UK tech industry is currently ahead of its European peers and is worth more than double Germany’s ($467.2 billion) and three times more than France’s ($307.5 billion) as well as retaining the lead when it comes to overall funding, unicorns and startups numbers.

Eileen Burbidge MBE, partner at Passion Capital and director at Fertifa, said: “The UK tech sector is in a very different place to where it was 10 years ago, with so many more start-ups and scale-ups, more entrepreneurs, more capital and greater enterprise value than ever before. The current challenges facing tech globally are only going to intensify next year, but thanks to the extensive networks and deep UK ecosystem built over the past decade, British companies and entrepreneurs that can rise to the challenge will emerge even stronger than ever.”

The UK has been a hub for startup growth for some time now, and London is certainly regarded as one of the most economically active capitals in the world. The country benefits from a highly-developed international talent pool, able to nurture its own skilled workforce as well as attract international entrepreneurs, students and investors that are shaping impactful developments.

US investors including General Catalyst, Sequoia and Lightspeed have increased their teams in the UK in 2022 after opening new offices here last year, and global firm New Enterprise Associates hired its first UK-based partner in October. Whilst European investor Earlybird VC opened a new office in London earlier this year.

Chris Bischoff, managing director at General Catalyst, said: “We established a presence in London as we believed the UK is a stand-out ecosystem globally. Our experience over the last 18 months has enhanced our appreciation for this remarkable ecosystem, enabling us to find and support early stage companies that are working toward accelerating change in their industries. As importantly, our values of responsible innovation and radical collaboration are perfectly in tune with the UK’s approach to innovation.”

Stan Laurent, partner at Highland Europe: “The UK has created some of the world’s most visionary founders, who have scaled impactful businesses across the world. The wider global tech ecosystem may be facing external challenges but we’re excited about the talent that we see coming into the UK startup sector and can’t wait to support the next generation of entrepreneurs as they attempt to become global leaders in their field.”

The nation also benefits from a range of factors that help bolster growth and resilience – notably the encouragement of a disruptive tech generation, a commitment to impact, and regional growth that means while London might be number one, it’s not the only city producing big tech success stories.

Upskilling and reskilling have become a key part of the UK’s tech success story. The country offers some of the world’s most prestigious and well-known universities, business schools and educational programmes that nurture the talented tech and innovative thinkers of tomorrow.

In addition, it’s also the birthplace of a lot of edtech startups – leveraging a tradition of scholarly excellence.

Nearly 3000 UK-based edtech startups have raised a collective €1.9 billion in funding. Companies such as Academy, Code First Girls, Immersive Labs and Multiverse are focused on enabling people of all ages to gain the skills they need to succeed in tech roles, from tech apprenticeships to coding, development and cyber security.

Anna Brailsford, CEO of Code First Girls, said: “From using AI to tackle healthcare inequality to designing and building space missions, every day there are incredible tech businesses being launched and scaled in the UK. Yet, too few women have the opportunity to work for these impactful startups because they have not previously been given the encouragement to look at a career in tech or learn key skills. We’re aiming to train 26,000 women in the UK over the next five years and place them in tech roles so they can use their knowledge and expertise to change this industry for the better.”

Further, according to smarter job search engine Adzuna, UK companies are increasingly hiring for entry-level tech roles, up from 6,596 in November last year to over 15,000 this year, as they seek to bring in a new generation of tech talent and develop them into future leaders. The UK is a place that is still attracting international talent – the only potential obstacle could be the long-term effects of Brexit. The UK does still offer a startup VISA though, so for the startup world, talent is still accessible.

Across Europe, one thing that investors, innovators, and businesses are waking up to, is that impact matters. Impact-driven startups are enjoying more success, are viewed more favourably by consumers and employees, and are becoming more financially successful.

Whilst the UK is famous for its fintech prowess, it’s also beginning to establish itself as a hub for impact tech-growing companies that are focused on the UN SDGs. Scaleups tackling healthcare inequality, such as Cera which bring technological innovation into social care raised €300 million, while GrowUp Farms, a vertical farming company which uses technology to grow food more sustainably raised €114 million.

GreenTech is tipped to be a major growth area for 2023 and the UK is already paving the way in this sector. For example, Newcleo, a startup that is developing technology to enable safe uranium recycling, has now raised €294 million.

The steady influx of investment into impact tech means the sector now employs more than 53,500 people, up from 37,500 last year.

Baroness Martha Lane Fox said: “UK tech has built some incredible products that are solving everyday challenges people face across the country and the world. But if we want to make this industry truly world-class, we need to ensure that the sector not only employs people from all backgrounds but also funds founders from all backgrounds. This will improve UK tech for the better and drive real change.”

Collectively, these cities are home to 112 unicorn businesses, more than France (36) and Germany (63) combined – demonstrating the strong pipeline of global tech leaders being created up and down the UK.

Yoram Wijngaarde, founder of Dealroom, said: “The UK’s startup ecosystem is unignorable. UK startups are worth over a trillion dollars collectively, with over 130 unicorns, and many of the world’s most important investors use London as a logical launchpad into the rest of Europe. While the lofty rounds and valuations of 2021 are long gone, healthy startup ecosystems with strong fundamentals don’t disappear overnight. We’re now seeing a “return to normal” in startup markets, which for the UK’s startup ecosystem means returning to its roots of ambitious, outward-focussed, open entrepreneurship.”