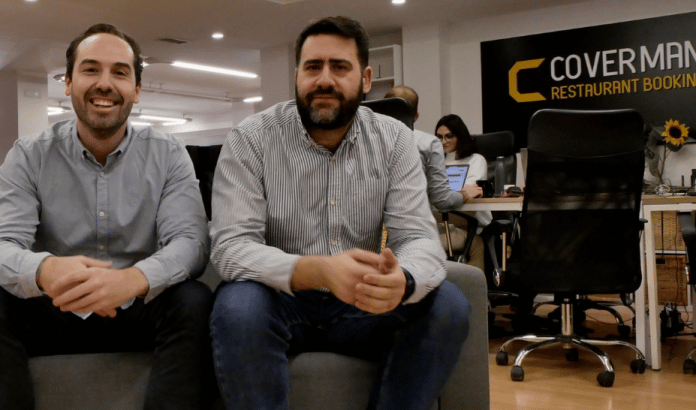 Seville-based CoverManager has just raised €17 million in new capital as it plans international expansion. The Spanish startup is on a mission to improve how restaurants operate and is growing fast as the industry digitizes.

The digital transformation has influenced pretty much every sector and our day-to-day lives and interactions are increasingly enabled by tech. One of the sectors that was perhaps a little slower to catch on, but is now an exciting hive of digitisation, is the hospitality space. Now, going to a  cafe or a restaurant is increasingly driven by tech and has become embedded as the standard. From ordering via QR codes to booking platforms and operational dashboards, restaurants have gone digital and there are exciting developments to track.

Today, CoverManager, who has been aiming to streamline the hospitality industry with tech since 2015, has secured new cash in an extension to its Series A round and is set to step up its international growth.

Jose Antonio Pérez, CEO and founder of CoverManager: “We are very excited about having GP Bullhound join the company together with our existing shareholders as we continue to build a global standard in the Hospitality industry, helping restaurants improve their profitability and allowing them to be closer to their guests.”

Born in Seville, CoverManager has developed an end-to-end software suite for booking management, aggregating all online and offline channels into a single dashboard, automating bookings and optimizing table use. It allows users to overcome challenges, such as no-shows, and streamline their processes, improving restaurant occupation and saving money.

It also offers management regarding reservations, orders (takeaway and delivery) and payments at-the-table.

It’s been an exciting year for the Sevillan startup which has more than doubled its ARR as the industry digitizes. The team has now reached a value of €140 million. Further, a year ago, the firm had less than 60 employees, and today this number has increased by 100.

The company currently works with more than 8k restaurants in 25 countries right across the world, with teams in Spain, Latin America (Chile, Colombia and Mexico), Portugal, Italy and, more recently, Germany with the acquisition of Seatris.Ai earlier this quarter. This purchase has been just one of the first steps that CoverManager is taking towards its internationalization through inorganic growth.

The fresh capital will allow CoverManager to further build on its strong network of thousands of partners across the globe, including some top-tier restaurants (Spanish chefs Dabiz Muñoz or Dani García are two of the main companies who rely on CoverManager).

Per Roman, Managing Partner and Co-founder of GP Bullhound: “We were astounded by the power and the depth of CoverManager’s software, which made us understand their rapid success in Spain. We are excited to join José Antonio and the CoverManager team as they internationalize the platform and become a global leader.”