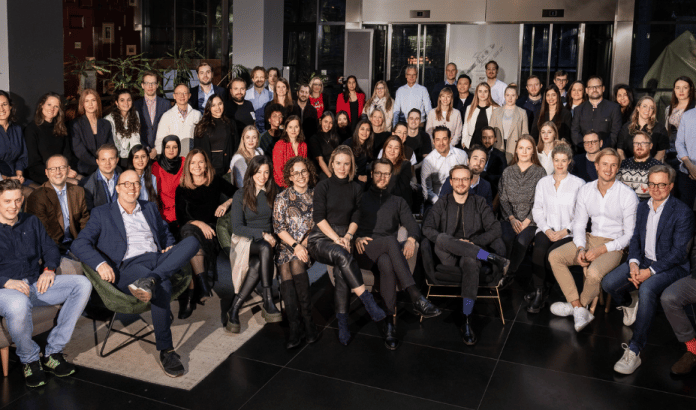 One of the more familiar names in Europe’s startup ecosystem, Speedinvest, has today announced its latest fund to help tech startups from across the continent reach global success. The VC firm will pump €500 million into the European startup community, with 90% already committed by investors.

As the year draws to a close, there’s a lot of reflecting going on over the past year in Europe’s startup ecosystem. While economic uncertainty has hit the headlines and political tensions have reached all-time-highs, there’s been a fair share of pessimism. Reports have shown that funding is down this year compared to last, but it’s still a lot higher than it had ever been in previous years. There is still a lot to be optimistic about – and the ecosystem is still growing and pumping out global success stories that are having an exciting impact.

Now, with the vision to help continue to grow the ecosystem, Speedinvest has just announced €500 million in new funds – Speedinvest 4 – to help European tech startups scale.

Speedinvest has been investing in European tech startups since 2011 and has become one of the more familiar names in the startup community. With teams across the continent, including key hubs of Berlin, London, Munich, Paris and Vienna, the firm currently has more than €1 billion in AuM.

Oliver Holle, CEO and Managing Partner at Speedinvest: “In just ten years, Speedinvest has grown from a small €10M Austrian fund to one of Europe’s largest Seed investors. This new capital proves there is still room to innovate in European VC. As more and more capital and talent floods the ecosystem, further professionalization of our industry is required.

“We have invested everything we have in building a scalable investment platform and are glad to see that our founders truly appreciate and benefit from its value. Whether it is our sector-focused teams, our operational support platform, or our multi-office, pan-European approach, all of this is done with one single-minded focus: helping our startups scale to global success.”

Its previous funds have delivered more than 5x gross returns and the firm has undoubtedly influenced the entrepreneurial community as a whole across Europe. Counting on previous success, all institutional investors from Speedinvest 3 have returned. Additional commitments are coming from:

Speedinvest has developed an impressive track record and it’s portfolio is certainly a sta-studded lineup, with unicorns and soonicorns to be found – including,  6 unicorns (Bitpanda, GoStudent, Open, TIER Mobility, Wayflyer, wefox) and more than 20 soon to take the title.  It sees more than 60% of all European startups that reach Series A at the pre-Seed and Seed stages and is ranked among the most active Seed investors in EMEA unicorns.

Felix Ohswald, Founder of GoStudent: “As our first institutional, pre-seed investor, Speedinvest has been with us since the very beginning. And the team has never taken a backseat. From supporting with follow-on funding to our growth strategy, and expansion across Europe, they have been instrumental in GoStudent becoming a unicorn and one of the world’s most valuable EdTech companies.”

Despite growing its fund size, Speedinvest remains committed to being the first institutional investor in early-stage startups and supplying them with the hands-on support they need to scale. Speedinvest’s in-house Platform+ team and global network of experts will continue to offer portfolio companies free, tailored operational support – including access to Speedinvest’s corporate partner network to accelerate market entry and product feedback.

Leveraging this network and support package will prove important for startups’ long-term growth plans. There is plenty of funding at the moment in the ecosystem but what startups really need is the support to build resilience and the know-how to weather any incoming storms.

Scott Sandell, Managing General Partner, NEA: “Speedinvest is a sought-after partner for growing companies across Europe’s startup ecosystem, with an approach to company building for the long-term that is very much aligned with NEA’s. As we deepen our firm’s commitment to the region, our long-term partnership with Speedinvest continues to be among our most valuable in Europe.”