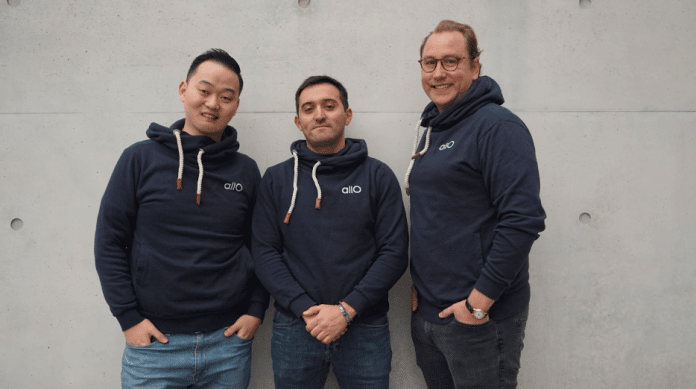 SaaS startup allO has just secured a fresh capital injection of €1.4 million to revolutionise how restaurants operate. The Munich-based team aims to make the lives of local restaurants easier and build a digital future for gastronomy.

Going to a restaurant for a nice meal, a fun catch up or even a familial get-together is a popular activity across Europe. It’s something we have enjoyed for generations and the process of going to a restaurant has stayed relatively similar over the decades. In recent years, though, as the world has increasingly gone digital, restaurants are slowly but surely introducing more tech-based solutions and tools – aimed to enhance booking processes, ordering, team management and so forth. It’s something that has been easier for bigger players in the space, such as chains, and many local, smaller restaurants have struggled to keep up as prices are high and resources are tight.

Founded in Munich by two student immigrants, allO aims to revolutionise the restaurant space with digital tools. The startup has now secured new capital to expand and build the product.

Building the digital backbone of restaurants

Founded in 2020, allO is on a mission to give local restaurants the tech advantages they need to compete with chains and prominent players in the industry – bringing McDonald’s level of tech to the hands of small restaurant owners.

The concept of allO was developed by three co-founders who met in Germany – two of which, Cancan Liu and Teodor Rupi had emigrated there as students. They met in restaurants to discuss business ideas and allO was eventually born. In fact, they built the initial version of the product in the restaurants of their customers to get live feedback from the managers.

Based in Munich, the mission is to give restaurant owners all the software tools they need in one platform. It’s about giving easy, simple tools that enhance customer experience and restaurant outcomes. The majority of the current client base are immigrant-run restaurants – in large part a backbone of the restaurant space.

Now, with this funding, the young team want to kickstart the mission to become the leading solution for SMB restaurants. The capital will be used to grow the team and expand throughout Germany.