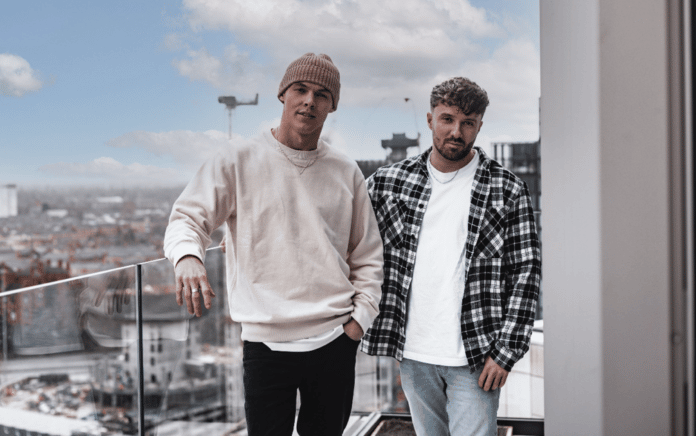 Do you find yourself stuck at home with no plans, nowhere to go and no one to hang out with? This is not uncommon as you might think and in fact, the most likely scenario for young adults, especially in the age range of 16 to 25 years old.

A survey carried out by BBC Radio pre-pandemic – dubbed as the world’s largest survey on loneliness – showed that the age group of 16 to 24 is the loneliest. AND we all know that during and after the pandemic, the statistics became even direr – with older teens and young adults getting the worst brunt of the loneliness epidemic as revealed in a Harvard study.

The most connected generation yet the most isolated one, as well?

With the goal of reducing the barriers to socialising for this digital native generation (as well as other generations experiencing loneliness), Jack Peagam and Ben Whatson founded Linkup. Heralded as a cutting-edge social app that encourages people to meet in the moment and live for today, the app makes it easy for people to plan last-minute “linkups” based on passions and interests and the meetings must happen within 24 hours. The duo raised over €530k earlier this year and also earned their way onto our list of European startups improving our relationships, friendships and social connections.

We spoke with Jack and Ben to find out more about how they started Linkup, their experience with loneliness and making social connections in this digital era, their views on combatting loneliness and isolation among the youth, what sets Linkup apart from other social apps and their plans for the future.

Jack and Ben, how did you get started with Linkup? How’s it like being co-founders?

Linkup was born from a genuine desire we had to create something revolutionary to the way we socialise. It came to us one day when we were in London, with no plans and we realised that there was nothing that facilitated making friends, meeting new people and making last minute plans based on your passions.

We had already founded a previous business together so we decided to take our experience and mix it with our vision and build something really impactful. We met Tappable, a UK app development company, and the team there believed strongly in the mission of Linkup. Tappable invested and introduced us to a number of our key investors and stakeholders, and helped build the app, and from there we have scaled quickly.

As co-founders, we share the same vision, and our skills are mostly similar however we excel in different areas to each other as well. Every decision we make is done together but we have an external board of advisors who can help when we have contradicting views on something. Ultimately, building a business with your best friend is pretty amazing and we get to do it with a successful business too.

What did you find missing in social interactions – be it digital or physical – that influenced you to develop Linkup?

It was a combination of seeing how digital and screen-led the world had become and the setbacks to socialising from the pandemic. Younger generations have only known a world with phones and they rely heavily on getting social interaction from gaming or social media apps. And given the last two years, we’ve seen how important it is to be connected in person with people.

We wanted to help people connect again and make it easier; offering a bridge between wanting to socialise and not knowing where to start.

Walk us through Linkup – from a new user’s perspective. How does it differ from other social interaction apps?

Linkup works by creating a ‘linkup’ i.e., an event in the app, detailing what the plan is and who is attending. It is open for users to request to join and then the creator of the event can accept, opening a chat. The linkup must take place within the next 24 hours and the categories are really varied to accommodate as many people as possible, from drinks to sports or fitness. The linkup goes on a discover page, with a rough location attached which lets users see what is happening in their area.

Once you have requested to join and been accepted, there is a chat function to speak to people before attending, and you can view the actual specific location. Linkup prioritises safety for users, with the ability to accept, reject or block users from linkups and a location that is only temporary.

Jack and Ben, for sure you have used your app? How was your personal experience using it? Name your top “linkups”.

We have used the app a number of times already! We hosted our launch party with an official linkup on the app and that was truly an amazing experience. To see so many people come together in Manchester to launch Linkup and experience what the app has to offer was an epic way to start.

We also used Linkup to plan the most spontaneous night out we’ve had which started with a quiet drink after work and ended in Albert Schloss with new friends.

Our favourite story has to be about the man who was invited skiing by one of our ambassadors and went that very afternoon.

Why do you think loneliness and isolation are such huge problems right now, even in a very connected world? What do you think needs to be done to combat these problems, especially among your generation?

The world is extremely connected, and it is amazing that we can talk to people on a different continent instantly. But everything relies on technology, screens and mostly a Wi-Fi connection. With the past few years seeing rapid technology advances and a serious decrease in our opportunities to interact in person – given the pandemic – young people in particular are extremely reliant on technology to socialise.

But technology and interacting through screens don’t have the same impact as connecting in person and so there is a serious problem with loneliness and a feeling of isolation. The government, councils and places of power need to start taking a more active interest in the wellbeing of young people. Programmes that connect people together and apps like Linkup that help people socialise and make friends need to be funded. We’re also determined to raise awareness of loneliness as a serious problem and the impact it has on mental health. We are keen to work with as many government bodies and charities as we can, to help raise the profile of those doing the work to make a difference.

How has it been since Linkup’s launch early this month? What are you busy with and what are you prioritizing?

Linkup’s initial soft launch in Manchester has been an incredible way to start. We’ve seen so many downloads of the app and so many linkups created and the feedback has been amazing. It’s great to see that so many people also see the value in an app like Linkup.

We’re now prioritising on developing the technology to improve features and offer even more to make the app as seamless and user-friendly as possible. We’ve briefly put direct marketing on hold until we finish this development, and once that’s done, we’ll be making sure as many people know about Linkup as possible.

You launched the app in Manchester. Why this location? What is next for Linkup in terms of growing the number of users and scaling?

Manchester is where we both live. It’s the perfect city to launch an app like this, with a huge student population and a great number of international students too. It’s smaller than London but a very well-connected city with a thriving social life.

Our plans for the future are huge: we want Linkup to be worldwide. For now, we are focussing on making sure the app is working to its best capabilities before launching in other cities. But Linkup will revolutionise socialising and we can’t wait to bring it to as many people as possible.