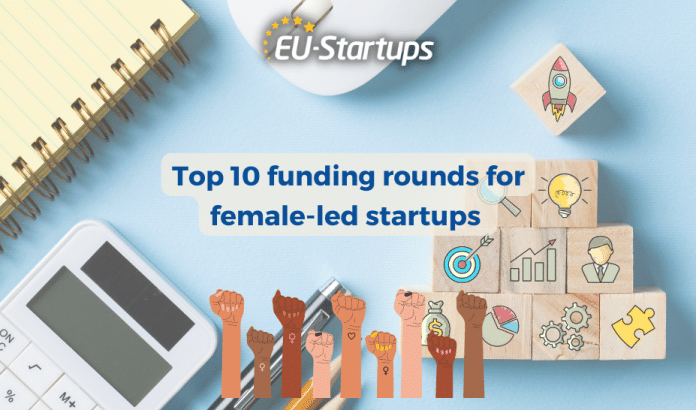 The startup world is one generally associated with fast action, forward-thinking and being at the forefront of pioneering new change, pushing into new frontiers and challenging boundaries. It’s an exciting space and Europe’s startup ecosystem is pretty tight-knit, full of supportive and collaborative initiatives.

Despite this, the outlook for gender parity is dismal.

While we have seen, especially over the past year, new funds, initiatives and programmes pop up to make the ecosystem more inclusive and diverse, things just aren’t moving fast enough in this regard. While many VC firms have brought more women into the fold, women are still shut out from senior decision-making roles and while plenty of mentoring programmes for women and skills-sharing programmes exist, founders who don’t identify as male are lacking funding.

In Atomico’s State of European Tech Report 2022, it was exposed that the proportion of funding raised by women-only teams has dropped from 3% to 1% since 2018.  And, to add fuel to that fire, when women-only teams do successfully raise money, they are likely to receive less.

It’s been proven time and time again that diverse teams are more impactful and more beneficial – for finances, societies, people and the environment. It is important to note the initiatives and work being done to rectify the situation, and those at the forefront of it should be celebrated. We also need to be more vocal in highlighting the women and minority-represented founders that are leading change and finding success despite all the odds.

Here, find the 10 biggest funding rounds of 2022 for female-led startups:

Generation Home: Co-founded by Sophia Guy-White, London-based Generation Home secured €1.16 million for its mortgage solution dedicated to making homeownership work better for everyone. Launched in 2019, the startup is broadening access to homeownership as it shakes up the housing market by simplifying the process of buying a home and promoting financial wellbeing. It’s driven by impact and creating a more equitable society. The mega-funding round was led by Waterfall Asset Management.

Razor Group: Co-founded by Shrestha Chrowdhury in 2020, this Berlin-based startup raised €375 million over the course of the year. The e-commerce company is building a house of brands to help entrepreneurs unlock the full potential of their products. It prioritizes quality and customer experience and has quickly become one of Europe’s top ecommerce players.

Einride: Led by Linnéa Kornehed Falck, Einride secured over €471 million this year through a combination of equity and debt financing.  Barclays Europe signed the debt financing, while equity investors included Swedish pension fund AMF, EQT Ventures, Northzone, amongst others. Founded in 2016, Einride is a Swedish startup taking logistics into a new direction with autonomous and electric freight solutions. It was actually one of the startups we reckoned would be one to watch in 2022 for its potential to shape the future of mobility, and we reported on its €8.5 million raise in 2020 alongside co-founder Robert Flack.

Lendable: Co-founded by Victoria van Lennep, Lendable raised €200 million in March this year for its peer-to-peer lending platform that provides instant paperless loans. The round was led by the Ontario Teachers’ Pension Plan. Founded in 2014, Lendable has disrupted the lending process using tech to make it more personalized, more efficient and with better rates.

InnovaFeed: Impact-driven InnovaFeed, which was co-founded by Aude Guo, raised €250 million in a round led by Qatar Investment Authority. The impact-driven startup unites biotechnologies and purpose to create high-quality nutritional products with a significantly lower carbon footprint and land requirement.  We chatted with Aude Guo to learn more in 2020. Based in Paris, InnovaFeed has been bringing its disruptive tech to build a circular and zero-waste agrifood chain since 2016.

Starling Bank: Anne Boden is the woman behind this UK-based challenger bank. It raised €152 million in a round led by Goldman Sachs in April. The fintech firm was developed in 2014 with a mission to ‘fix’ banking through tech, fair service and honest values. It now counts over 3 million accounts, a team headcount in the thousands and it’s still growing.

Oda: Based in Osla, Oda raised €150 million this year. The startup was co-founded by Ida Johnsen to shake up the grocery market on a global level. Founded In 2013, the company uses a data-driven methodology, with a focus on sustainability all the way along the chain, to build an efficient retail system. The startup delivers a range of high-quality, affordable groceries and fresh produce to millions of doorsteps.

Impress: Based in Barcelona, Impress secured €123 million this year for its chain of tech-empowered orthodontic clinics. The round was led by LBO France and Nordigne Ventures. Impress was co-founded by Diliara Lupenko – who will speak at the 2023 edition of the EU-Startups Summit – in 2019 and it now has a presence in more than 130 cities across 9 countries, including Spain, Italy, Germany, France, the UK and the US.

GrowUp Farms: Co-founded by Kate Hofman, this London-based company secured about €128 million in February as part of its mission to turn food production on its head by making better food that doesn’t cost the earth. The round was led by Generate Capital. Since 2013, GrowUp Farms has been pioneering the foodtech space and we expect to see it continuing to grow as it reaches its 10th birthday.

Padoa: Co-founded by Julie Prevot-Leygonie, Paris-based Padoa scored €80 million to develop a tool that monitors the health of employees. The round was led by Rothschild & Co, and you can read about it here. Founded in 2016, the startup aims to improve the health of millions of workers by applying innovation and technology to occupational health. The company designs and develops software and services that are dedicated to occupational health centres.

By the way: For exclusive insights into Europe’s startup ecosystem, including funding, M&A deals, events and so much more, make sure you’re a member of EU-Startups Club! You can sign up here and find out about all the benefits in store 🙂

Share
Facebook
Twitter
WhatsApp
Linkedin
Previous article
BEYOND: The new consortium which aims to close the funding gap for Europe’s startups
Next article
We just interviewed ChatGPT. The answers to our straightforward questions might surprise you!