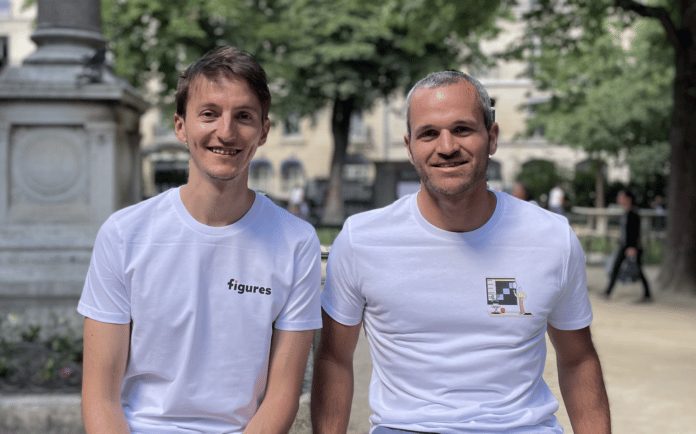 HRtech startup Figures has just secured about €6.67 million in a new investment round. The company has been an early pioneer in the salary compensation benchmarking market and is now consolidating itself as a European leader.

While the way we work and the attitudes we have towards work have undergone a disruptive change in the past couple of years, salary compensation has come under the spotlight. Not only do businesses need to make more attractive offers in this area, but pay and compensation disparities have been brought to the spotlight.

Figures is one of the first European players in the compensation tech market, helping companies to design and run their compensation policies. The startup has just secured €6.67 million, consolidating its position in the sector.

Following the acquisition of Payspective earlier this year, they plan to continue pan-European expansion and have an ambitious target of 1,000 new clients by the end of 2022.

Founded in 2020, Figures is aiming to help companies power up their compensation policy, bringing about more salary fairness. It was founded by Virgile Raingeard, who built the app with Bastien Formery, based on his extensive experience working in HR.

The Parisian startup has built a platform that integrates with major HRIS software like Personio, BambooHR, and HiBob, giving businesses access to 50k+ reliable and real-time compensation benchmark data from 700 European startups, across a wide range of 100+ job types, locations and at companies of varying stages of growth. This data set allows businesses to take a proactive approach to talent acquisition and retention.

It helps companies bring transparency to the previously muddy waters of remuneration with the aim of bringing fairness to employees, helping highlight gender pay issues and allowing businesses to better manage their remuneration budgets.

Figures CEO, Virgile Raingeard, said: “I created Figures in October 2020 to provide company leaders with reliable compensation data and an overarching product that I would have loved to have during my 11 years of career in HR. Two years later, the overall environment makes it even more urgent for companies to take action between raging inflation, the push for more transparency in pay, and the strong desire for fairness and equality, especially from the younger generation. That’s why it makes Figures even more relevant than ever.”

With the new funding, the young team plans to broaden the remit, offering services including budget forecasting, real-time market tracking and bolstering advanced benchmarking services, covering shares, and benefits. The brand also has plans to invest in the development of tools that will help companies define and share their compensation policy as well as prepare and run their compensation reviews.

Having acquired Payspective in June 2022, which facilitated Figures’ move into the UK, the brand is already well established in many other countries including France and Germany, helping them to create the most accurate salary benchmarking system currently in operation. The new funding will facilitate a move into Iberia, the Netherlands, and the Nordics.

As Virgile Raingeard added: “We’re helping over 700 companies make fair and efficient compensation decisions, up from less than 200 to start the year. Our growth has been unexpected and exceptional, partly due to our acquisition of Payspective back in May 2022. That’s why we’re incredibly proud and excited to partner with three incredible VC funds to take things to another level, starting with what is probably the top B2B SaaS expert in Europe, Point Nine.”

Louis Coppey, Partner at Point Nine commented: “At Point Nine, we’ve invested in multiple HR tech software over the past 10 years such as 15five in 2013, Factorial in 2018 or Pento in 2019. No matter the funding and the talent market environment, we believe compensation management is a category in HRtech that’s ripe for disruption and Figures has a headstart in the European market. We’ve been most impressed by Virgile and his team’s deep expertise in the topic and very much look forward to partnering with them as they disrupt the incumbents with a data-centric, software-first approach.”