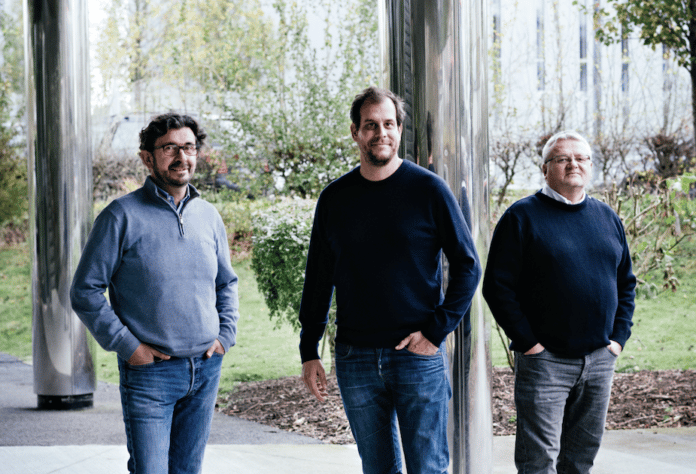 Moving to renewable, sustainable energy sources has been a key priority for Europe. Over the past year, the importance of this energy transition has been laid abundantly clear – it’s pivotal for our environment, tackling the climate crisis, creating healthier cities, preventing harmful price fluctuations, and making the continent more energy-independent. A lot of the time we hear about innovation in generating renewable, sustainable energy through the use of solar or wind, but, it turns out that salt water can also be a source – using osmotic energy and it’s a game-changer for Europe’s energy future.

Rennes-based Sweetch Energy is tapping into the power of osmotic energy – a 100% renewable and sustainable energy source. The startup has just raised €6 million.

The €6 million raise was led by industrial partners, EDF Hydro – EDF’s hydraulic division, the European leader in hydroelectricity – and CNR, the leading producer of 100% renewable electricity in France and the concessionaire of the Rhône River, whose shareholders are ENGIE, the CDC and 183 local authorities.

The funds raised will support the large-scale deployment in France and internationally of the INOD® technology developed by Sweetch Energy.

Nicolas Heuzé, CEO Sweetch Energy, said: “These new renowned industrial investors, as well as our historical investors, share our ambition to accelerate the energy transition by exploiting a new source of clean energy that meets the strong growth in global electricity demand. With this new financing, Sweetch Energy continues to build the financial resources necessary to rapidly bring to market osmotic energy, made possible by a level of competitiveness never achieved before. By providing permanent, non- CO2-emitting electricity on a large scale, we are addressing two major global challenges: fighting climate change and supporting energy sovereignty.”

Harnessing the power of water

Founded in 2015, Sweetch Energy has established itself as a key player in the renewable energy market, taking an innovative approach to the use of water. It’s a team motivated to push back the frontiers of renewable energy through innovation and tech.

Using its INOD® technology, the startup enables the production of clean electricity from salt water – an abundant energy source that we haven’t yet fully harnessed the value of. The tech is based on a new generation of nanoscale membranes specifically designed to harness osmotic energy. Combined with proprietary electrode systems, these membranes combine high ion selectivity and high ion transport to achieve unmatched performance. They are also made from environmentally friendly bio-sourced materials.

Osmotic energy is generated by the difference in salinity between fresh river water and sea water when they meet. It has the advantage of being weather-independent and of producing decarbonised, 100% natural, renewable electricity that is massively available worldwide.

Each year, nearly 30,000 TWh of osmotic energy – more than the world’s electricity demand – is released from deltas and estuaries around the world – so this is an incredibly promising approach to tackling our energy crisis through climate-friendly tech.

It’s been a busy year for the French startup who has, alongside this funding, also announced several industry partnerships to help scale growth. This includes a partnership with  CNR to validate the INOD® technology on a pilot site in 2023 and eventually exploit the osmotic energy potential of the Rhône delta in France, estimated at nearly 4 TWh/year as well as a  partnership with EDF Hydro to accelerate the deployment of osmotic energy in France and internationally.

Emmanuelle Verger-Chabot, Director EDF Hydro, said: “A few weeks ago, EDF Hydro and Sweetch Energy started identifying sites where industrial-scale osmotic plants could be set up in mainland France and overseas. By positioning itself at a very early stage in the creation of an osmotic sector in France, EDF Hydro intends to use all its engineering expertise to deploy this innovative, carbon-free and environmentally friendly technology.”

Laurence Borie-Bancel, Chairwoman of CNR Management Board, added: “As the first industrial partner of Sweetch Energy, we are very happy and proud today to accelerate the large-scale deployment of their INOD® technology with this financial partnership. The upcoming installation of a first demonstrator on the Rhone delta, on which we have been working for several months with Sweetch Energy’s teams, is the starting point for the creation of a promising French industrial sector for the production of osmotic electricity, which has the potential to expand internationally.”

Arbonics: The Estonian startup building a new forest economy in the fight against climate change

Sustainability, mentoring and the future of greentech: An interview with We Do Solar’s Karolina Attspodina