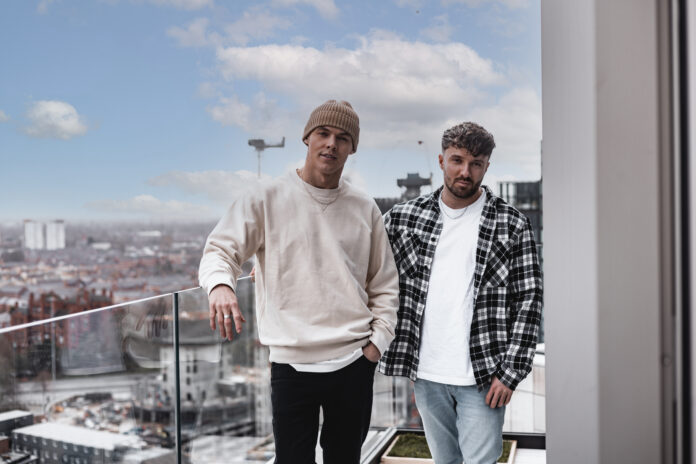 Linkup, the social app from Manchester, has just secured over €530k in its mission to bring people closer together via tech. The startup will launch its app in Q4 of this year after securing this funding.

There are many things to be grateful for in the digital era. Tech has changed our lives in many ways, and mostly for the better, but, one thing many people are missing out on is in-person social connection. The pandemic highlighted to many the importance of in-person socializing and it also exacerbated what has been described as a loneliness crisis amongst all generations – from millennials up to boomers.

Aiming to revolutionize socializing in the digital era, using tech to promote social connection rather than detract from it, Manchester-based Linkup has developed a social app and will launch in Q4 this year after a pre-seed fundraise of over €530k.

The app has gained attention from a variety of key early investors, including famous Youtubers, footballers and music artists. It’s clear that the app, which advocates socializing, fighting loneliness and connecting people, proved potent to investors. Renowned music duo Krept & Konen are among the investors, ​​along with Callum Airey (Calfreezy on YouTube.

Casyo ‘Krept’ Johnson, one half of duo Krept & Konan and an early Linkup investor said: “When I saw what Linkup was doing I was immediately interested. It’s very unique and no one else is connecting people simply and quickly in this way. I truly believe what they’re building is going to be a game changer. I saw how I could use this personally but also professionally as an artist. The applications are endless, hence the huge size of the opportunity. This is why I decided to personally invest and help support the business!”

Founded by Jack Peagam and Ben Whatson, Linkup has been developed with an impact-driven mission –  to help people develop relationships and connect in person during a time where technology is a strong pillar of society.

The founders have both seen the way young people’s mental health has steadily declined in recent years and were determined to create a fun and exciting app that connects people together over common interests and hobbies. They both recognised that post-pandemic socializing keeps people locked in the digital space, with mobile phones a permanent fixture in your life. Linkup encourages users to put down their phones, meet like-minded people around them and focus on today, in the moment that counts.

Co-founder Jack Peagam said, “The pandemic hit everyone hard, and it was daunting to meet new people once restrictions were lifted, let alone taking into account how reliant most generations are now on their digital screens! After two years of social distancing, people are still struggling to develop new friendships, get to know new cities they’ve moved to, or even discover new hobbies. We wanted to create something that actively supports users to get back out into the real world, go on adventures, and do more of what they love. This investment has brought our business vision to life and supported us to build the fundamentals of the app and we can’t wait to launch Linkup to the public later this year.”

It’s a platform that enables any kind of meeting in-person, for any kind of person – forge friendships, discover fellow hobbyists or just go for a drink with someone nearby. It’s an app that puts users in the driver’s seat of their own spontaneous adventures whilst putting safety at the forefront of every connection.

In the mission to solve the problem of people living with one-dimensional digital connections and bring them back to the real world, to encourage living in the moment, the Linkup app will launch in September.

Linkup joined forces with UK-based App Development firm Tappable, to develop the app from the ground up. With a focus on user experience, the app can be navigated with ease, creating a seamless way for users to swipe through different types of linkups from sociable drinks to a game of tennis. Users can simply request to join a linkup, and once the creator accepts they’ll be added to the linkup group chat, which features all the event details, including the specific location, with integrated safety features.