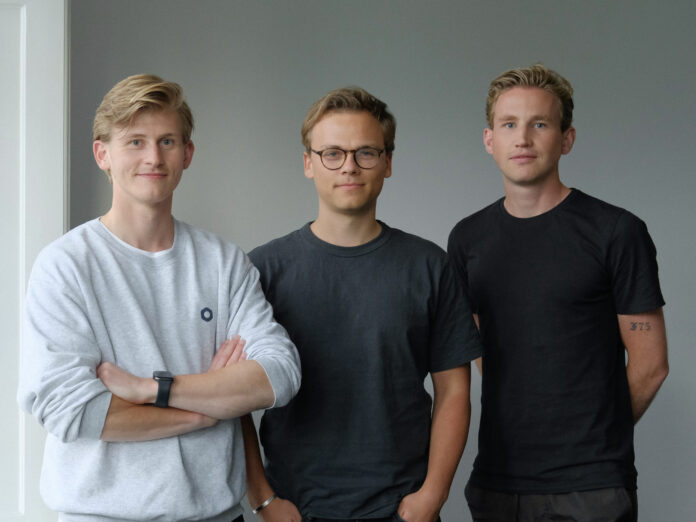 Ecommerce startup Medusa has just scored about €7.98 million in Seed funding. The Copenhagen-founded team are taking a fresh approach to ecommerce platforms, with a developer-first open-source approach.

Ecommerce has been a rapidly growing vertical across Europe in the past few years. Fuelled by an accelerated digital transformation across industries, almost all commerce now has taken to online approaches. However, despite the tidal wave of change on the front end of these webshops, the majority of ecommerce sites are sitting on legacy platforms, resistant to change. Even Shopify, seen as one of the biggest innovators in the space, is already 15 years old. Now there’s a new face in town – Medusa.

Founded in 2021, Medusa is aiming to become the reading ecommerce platform for javascript developers. The Danish startup has just scored about €7.98 million in Seed funding. The round was led by LocalGlobe and Dawn Capital, with the participation of prominent tech leaders such as Anthony Casalena (Squarespace CEO & founder), Nicolas Dessaigne (Algolia founder), and Scott Williamson (Ex-CPO Gitlab).

Medusa’s platform solves the pains of merchants wanting to create unique customer experiences and optimize operations, thanks to its developer-first approach. It provides similar core functionality as Shopify out-of-the-box, while its open abstraction-based architecture makes customizations and maintenance much easier to handle for developers as businesses’ needs evolve. The platform gives merchants control of their stack by easily connecting to APIs of payment providers, logistics tools, CMSs, and other systems while enabling a native omnichannel setup through its headless architecture.

It gives users the best of both worlds – the functionality they need but also the personalisation they crave to make webshops more tailored to each individual business and target audience. The underlying premise that is driving Medusa’s success is the focus on building a solution for developers, viewing them as the key to unlocking merchant success.

Sebastian Rindom, CEO and co-founder of Medusa, explained: “Merchants need to stand out among the crowd and optimize their operations to continue growing in the increasingly competitive e-commerce space. Developers are key to enabling the unique digital commerce experiences that are needed in today’s landscape so we focus on building the best tools possible for developers to be more efficient.”

The young startup is already proving popular and making strides with its product. It’s created impressive growth in the developer community, reportedly the most starred Javascript ecommerce platform on GitHub in only eight months, surpassing established solutions such as WooCommerce and Magento.

It’s also thanks to this approach that the startup has gained traction amongst investors.

Mina Mutafchieva, partner at Dawn, commented: “Medusa immediately attracted our attention with their unique open-source product. Balancing the right level of a user-friendly API-first approach with a great degree of customizability, Medusa’s product is a dream for developers and merchants who need to customize their platforms while maintaining maximum performance and response times.”

Mina added: “For all the breakneck innovation we have seen in the frontend, the majority of e-commerce sites sit on legacy platforms, such as Magento, CommerceCloud, etc. Even Shopify, which has transformed access to e-commerce for smaller merchants, is already 15 years old. As a result, the pain points for e-commerce merchants are exploding and most, if not all, we at Dawn have spoken to in the last two years, use inefficient “work-arounds” to achieve their business goals.”

Already the developer-centric ecommerce tool is being implemented at webshops making big annual returns, and with the total addressable market expected to grow to over €30 billion by 2025, there’s massive scope for this Copenhagen-based team.

Oliver Juhl, CTO & co-founder of Medusa, noted: “Our level of extensibility and customizability allows developers to build powerful commerce setups without compromising the scalability of their business. We see users leveraging Medusa’s composable architecture to power everything from regular D2C brands to advanced subscription products, marketplaces, and B2B businesses.”

Medusa, in less than a year of existence, has been able to develop a community of over 2000 developers and has begun over 10k projects. This new funding will be put towards strengthening the core product and further enhancing the development experience. . In addition, Medusa has started offering premium support for agencies and in-house developer teams building on the platform. The company also has big ambitions to go global, with the US seen as a target market to take on.

George Henry, general partner at LocalGlobe, also said: “With its open-source approach based on Javascript, we think the Medusa team is building the most powerful platform to power the next generation of e-commerce experiences as demonstrated by the fact that developers love the product and are adopting it at an unprecedented rate.”