NFT popularity is continuing to soar and has now been adopted to promote digital ownership across many markets, including in the sports, art and fashion industries. Building a decentralized NFT infrastructure to facilitate this, Estonian startup NFTPort has just picked up over €24.9 million.

For the past year, the term NFT has well and truly entered the European lexicon. It’s one of the hottest phenomenons in Europe’s tech space at the moment with little sign that it’s going to cool down soon. Aiming to develop infrastructure that will underpin the NFT market, Tallinn-based NFTPort has just closed its Series A funding at €24.9 million.

Early use cases for NFTs increased in popularity in 2021 as consumers experienced the emergence of nascent forms of digital ownership in the sports, art, and fashion industries. Now, in 2022 and looking to the future, it’s clear there is scope for more in this area.

Acting as a ‘wrapper’ for any form of data, NFTs enable digital ownership by transferring data from the hands of large data monopolies to the hands of individual users. Founded in 2021 by Johannes Tammekänd and Kaspar Peterson, NFTPort wants to lay the infrastructure that will underpin this change – and want to do so in a way that enables developers to make the internet ownable by regular people through decentralization.

As explained by CEO and co-founder Johannes Tammekänd: “When a company decides to build their NFT infrastructure today, it would either have to expend significant sums of money for scarce web3 developers, or invest time upskilling a web2 developer to carry out the work. Managing constantly evolving blockchain technology quickly becomes a multi-million dollar problem for most companies wishing to build their own NFT infrastructure; like accepting payments online pre-Stripe or building a tech-based product pre-cloud.”

“Demand will only increase further as NFTs move beyond images, which will compound pre-existing supply-side issues. Our infrastructure enables developers and companies to bring to market their NFT applications in hours or days, instead of months and thus save hundreds of thousands of dollars.”

The NFT space is still new and complex to digest, so let’s break this down further.

NFTPort provides access to the three key pillars which most companies need in order to build NFT products: data APIs, minting APIs and user safety APIs. Data APIs provide access to all NFT data from Ethereum, Polygon and Solana so developers can get up and running. Minting APIs allows developers to deploy, manage and customize fully owned NFT smart contracts without having to write a line of smart contract code or know the complex Web3 stack. This enables millions of Web2 developers who know REST APIs to turn digital assets into NFTs in their applications. And with regards to user safety APIs, NFTPort has built a counterfeit detection engine for developers to cross-check if a given NFT has been previously minted on any of its supported chains.

Therefore, the NFT innovators are providing a full-stack experience for developers and companies. It means that developers can bring their NFT applications to market in hours rather than months, decentralizing access to the NFT space.

Taavet+Sten Partner and NFTPort co-founder Sten Tamkivi commented: “I’ve always liked the crispness of definition for web3, the next generation of internet: users can read, write and own information. But it is one thing to talk about vision, and another to build real tools and applications. NFTPort’s role is to add meat to these bones, to build the scaffolding in the form of APIs and decentralized protocols for developers to be able to deliver on the promise of a citizen owned internet.”

Already, the solution is used by over 30k developer teams, including by some of the biggest names in the Web3 world, cush as Nifty Gateway and Protocol Labs. Further, as of March 2022, developers through NFTPort had minted over a million NFTs on Polygon – 10% of all NFTs minted on the Polygon chain.

This new funding boost will enable the team to double down on scaling the core product and bring a decentralized NFT infrastructure protocol to market. It’ll also help fuel the development of its infrastructure offer and empower the next phase of digital ownership.

Atomico Partner Irina Haivas added: “We have high conviction in a shift towards increased digital ownership powered by NFT technology, and the potential for NFTs to become a new asset class. However, a lot of the infrastructure required to underpin the widespread adoption of NFTs and other web3 technologies still needs to be built, and this is where NFTPort comes in.” 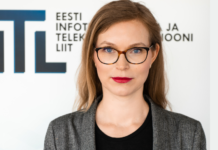 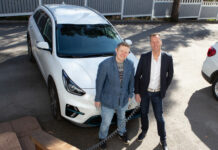 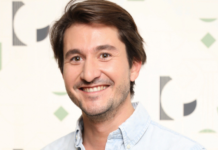