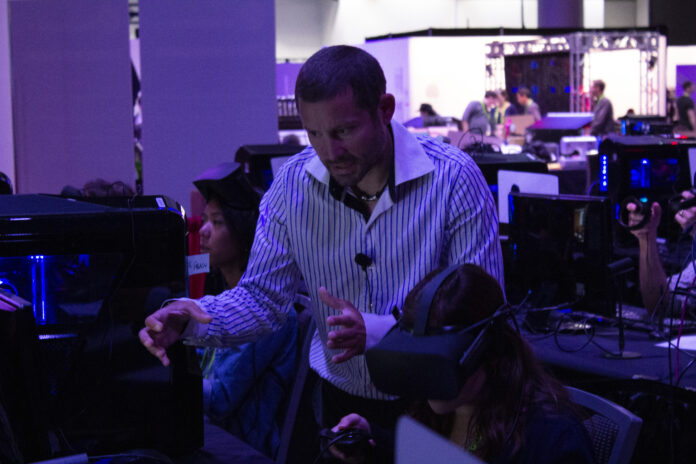 Building the future of live 3D telepresence and real-time 3D graphics with a proprietary voxel technology, Imverse has just scored €4.6 million. The solution enables, for the first time, full-body live capture, rendering, and streaming of multiple holograms in real-time.

While we all know by now that the digital future is 3D, thanks to innovation in areas like the metaverse, NFTs and VR, Swiss startup Imverse is bringing the 3D digital future in real-time. The team has just picked up €4.6 million for its proprietary tech.

The funding round was led by Ariel Luedi’s Hammer Team, including participation from HTC and Logitech.

Founded in 2017 by Javier Bello Ruiz, the company’s CEO, and Robin Mange, CTO, Imverse has developed a proprietary voxel (volumetric pixel) graphics engine capable of live capture, rendering and streaming of multiple holograms in real-time. This tech is capable of creating full-body volumetric humans without industrial cameras or powerful computing equipment at the fraction of the cost of existing solutions, and with low latency.

As a result, the delivery of volumetric content at the same rate as mainstream video conferencing tech (such as Teams or Zoom), has been made possible. It’s a technology that has a host of use cases, including virtual teleconferencing, immersive education, healthcare, gaming and the Metaverse.

Javier Bello Ruiz, co-founder and CEO of Imverse, explained: “For the Metaverse to become a reality we need to overcome a lot of technical hurdles. One of the biggest challenges is making producing 3D content affordable and accessible to everyday consumers and businesses. This is why we believe our voxel breakthrough is so significant. It opens the door to a huge range of new applications, including, for the first time, multiple holograms streaming in real-time. All people need is a few Kinect cameras and a PC and our technology does the rest.

Imverse Holo enables creators and businesses to set up multi-camera systems for live volumetric video capture with no need for green screens or cloud services. Its key features include 3D videoconferencing, holoportation and holographic calls. Holoportation allows remote virtual work, collaboration and real-time interactive 3D content creation and consumption – making this a game-changing tech in the era of remote and hybrid work.  It also enables producers and consumers to edit, interact, and manipulate content in real-time. This is the foundation of highly personalised virtual experiences where people can control nearly every aspect of the content they consume.

In the past year, the team has secured a number of partnerships with some of the world’s largest technology companies and expanded its operations to France. This new funding will now be used to develop the platform and expand the team with the goal of taking the products globally.

Ariel Luedi, Founder of Hammer Team, said: “What Imverse has achieved so far is nothing short of phenomenal. My team and I are excited to offer our experience and support the company along their journey in turning this gem of a technology into a game-changing pr