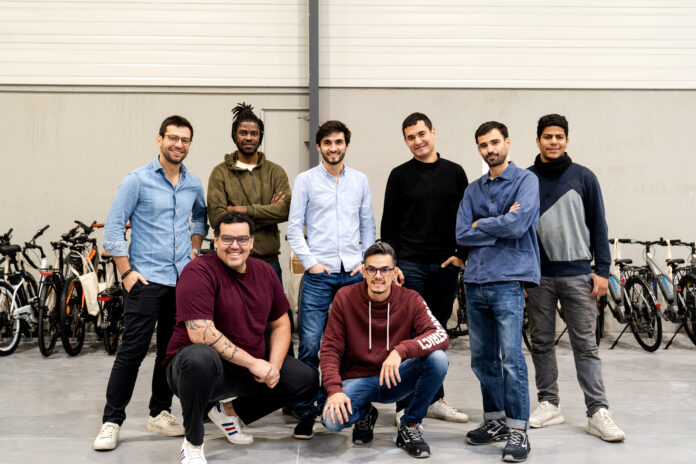 Electric mobility is one of the fastest-growing trends across Europe. From the Nordics to the Mediterranean, more and more of us are now zooming around on environmentally friendly, electricity-fuelled forms of transport, bikes and scooters being two of the more popular and accessible choices.

Aiming to bring the emobility revolution to everyone, Paris-based Upway runs a platform for the second-hand purchase, reconditioning and resale of electric bikes. The startup, founded in 2021, has just geared up its mission to become Europe’s leading provider with a fresh capital raise of over €23 million.

The funding was led by Exor Seeds and Sequoia Capital with participation from Origins as well as existing investors Global Founders Capital, and key business angels in the mobility sector such as Henri Moissinac, CEO and co-founder of Dott and Moving Capital. It follows a €5 million raise in November 2021.

Toussaint Wattinne, CEO and co-founder of Upway: “By backing Upway, our investors are confirming that the future of mobility is electric, sustainable and affordable. It demonstrates that our offer meets an increasingly strong demand from consumers who want to travel at a lower cost while limiting their carbon footprint. Upway’s mission is to accelerate the adoption of electric mobility at a time of massive awareness of environmental issues”.

The refurbished electric mobility market is on the rise, boosted by the expansion of bike lanes, restrictions on car traffic in cities, increased pressure on electronic waste and the booming circular economy. The electric bike market recorded a 28% increase in 2021 in France, representing nearly 60% of sales revenue in the total bike market (€1.3 billion).

Today, nearly one in four bicycles sold in France is an electric bike – so there is huge market potential here.

However, there are some sticking points – namely, high prices (€2,000 on average), a supply shortage leading to delivery delays (6-8 months) and, finally, concerns about the condition of the battery in second-hand models. This is what Upway founders, Toussaint Wattinne and Stéphane Ficaja wanted to tackle.

The Parisian startup is Europe’s pioneering platform dedicated to the reconditioning and resale of electric bikes. The company is helping to fuel a new eco-friendly way to travel across Europe though offering electric bikes by prestigious brands, refurbished in France by professional mechanics on 20 different checkpoints, sold up to 60% cheaper than first-hand bikes, and delivered to the client’s home in just a few days, and, covered by a one-year warranty.

Since the start of the year, Upway has grown its sales of electric bikes by 600%, doubled the size of its team and commenced its European expansion by launching in Belgium in March. However, they are just getting started and, with this new funding plan to launch in Germany, the Netherlands and the United States by the end of 2022.

Blaise Matuidi, co-founder Origins Fund, said: “Investing in Upway was an obvious choice – sustainable mobility has become a priority. Making it accessible to as many people as possible contributes to the promotion of physical activity and the preservation of our environment. Supporting Upway in their global expansion has a particular significance for Origins’ athletes.”

Toussaint Wattinne added: “Having opened in Belgium with 500 refurbished e-bikes available for resale, we’ve had an amazing response as many Belgians care deeply about eco-responsibility. This rapid adoption is driving us to continue our expansion through Europe, and even across the Atlantic where we are seeing a tremendous increase in sales of e-bikes so much so that the US could be well on their way to catching up with Europe, which has been ahead of the curve.”