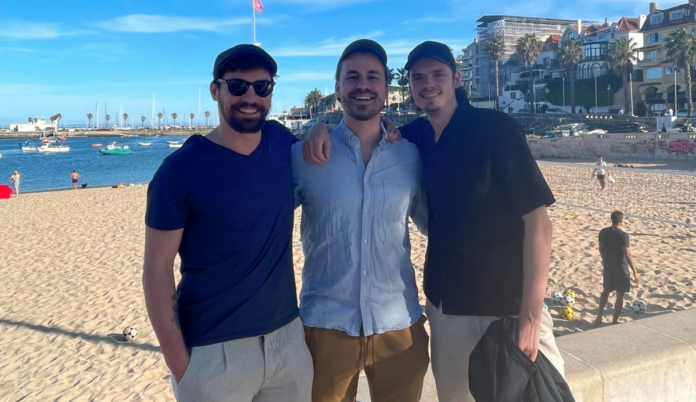 Making the process of catching up on missed meetings simple, tl;dv has just raised €4.3 million for its tool that records, transcribes and highlights important moments from company meetings.

With the rise of remote and hybrid working firmly here to stay, there are few employees out there who haven’t been part of a virtual meeting. However, until now, missing these meetings has been a bit of a headache for employees wanting to stay in the loop. To address this, with innovative software any company can benefit from, German startup tl;dv has just secured €4.3 million.

The seed funding was led by K Fund with participation from existing investors Seedcamp, Mustard Seed Maze, and another.vc. The round is also joined by Shilling.vc, as well as other European founders and business angels, such as Oscar Pierre, co-founder and CEO of Glovo.

The demand for solutions to efficiently record meetings and share them with the wider team and company has soared since the beginning of the pandemic. Making this style of working remain as collaborative as possible is a key mission that is fueling new innovations and concepts in the future of the workspace.

Founded in 2020, tl;dv not only makes it easy to record meetings so employees can stay up to date even if they can’t attend, but it goes one step further. The software also transcribes and highlights important moments from the meeting – meaning catching up can just take a few minutes, maximising team efficiency and collaboration.

tl;dv positions itself as a horizontal product that adds value to every function and department within a company. Thanks to its simplicity and laser focus on seamless collaboration, it aims to bring departments closer together, with fewer meetings.

Co-founder and CEO, Raphael Allstadt, explained: “Imagine giving new hires access to the Strategy Update from last month, even if they weren’t yet part of the company at that moment. Imagine being able to amplify the Voice of the Customer far beyond your User Research or Customer Success team, directly to the Executives of your company, or the engineer that is actually building the solution. Imagine sharing the interview of a promising new candidate with the hiring manager without asking anyone to jump to another meeting. The possibilities and efficiencies thanks to tl;dv are endless.”

Adding to the power of collaboration, the tl;dv solution has integration with popular productivity tools such as Slack and Notion, as well as with CRMs such as Hubspot and Pipedrive. An additional element to the tool is ‘discoverability’ – fueled by a powerful search engine that allows users to find any spoken word from any meeting.

Jaime Novoa at K Fund added: “For a long time at K Fund, we’d been recording some of our internal meetings so that they could be consumed at a later time by those not able to attend. This exploded with the pandemic and hybrid forms of work. tl;dv brings this to another level and we’re obviously heavy users at the firm. It’s not only about the pure aspect of recording calls, but also about the way it integrates with other productivity tools such as Calendar, Notion, Google Docs, etc so that it becomes an essential part of the way we work”.

Already working with more than 200k users at companies like Genies, Vaynermedia, Byju’s and Superside, with the financing, tl;dv will double down on bundling live meeting insights across various meetings providers, adding Zoom to their already existing integration with Google Meet.